See How Lionel Messi Is Advising Neymar To Snub Madrid For Barcelona - NaijaCover.Com
Skip to content 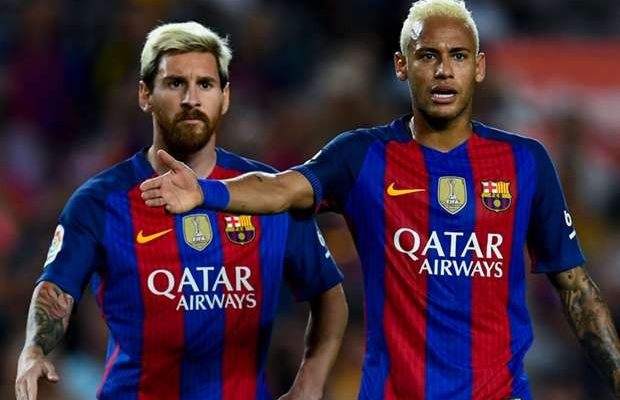 Barcelona captain, Lionel Messi, has privately urged Neymar to reject Real Madrid and push for a return to the Camp Nou, according to reports in Spain.

Neymar has made it clear that he wants to leave Paris Saint-Germain, before the end of the transfer window.

And the Ligue 1 champions are now open to allowing the Brazilian forward leave.

Barcelona’s hierarchy are set to meet with PSG chiefs on Tuesday to discuss Neymar’s transfer and are willing to offer Philippe Coutinho as part of the deal.

Real Madrid president, Florentino Perez, is also a huge fan of Neymar and has tried unsuccessfully to sign the 27-year-old on many occasions in the past.

Messi has now intervened by calling Neymar, to advise him against a move to Madrid.

CHECK IT OUT:  VERY SAD!! Police Finally Reveals What Led To Car Crash Of Footballer Reyes