3 Men Arrested Over Gang-Rape Of 2 Under Aged Girls In Lagos - NaijaCover.Com
Skip to content 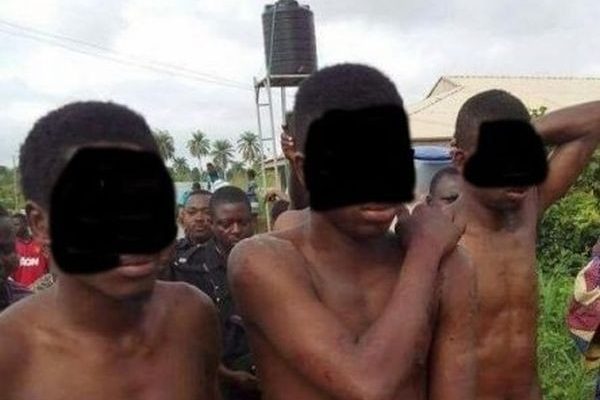 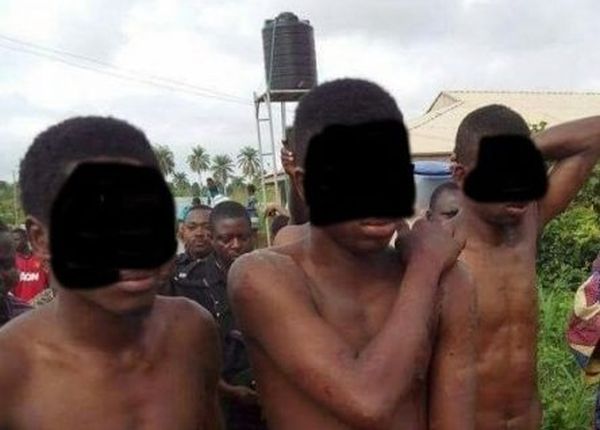 Police operatives at Ikotun Division have arrested three men, who reportedly conspired and gang-raped two little girls aged 10, over a period of two years in Lagos.

The incident happened at Egun in Igando area of Lagos State, where they reside in the same neighbourhood.

The motive behind their engaging those little girls in constant abuse was not yet disclosed.

The Police alleged that the suspects had defiled the victims from 2017 till 2019 before the dastardly act was exposed by the victims. The victims were reportedly lured into their apartment where they engaged them in sex romp and warned them not to tell anyone what they did to them.

However, when the matter got exposed, the victims narrated how the suspects had subjected them to constant abuse. The matter was then reported to the Police Family Support Unit, Ikotun Division. The suspects were trailed and eventually arrested.

After interrogation, the Police found them culpable and charged them before the Ogba Magistrates Court for conspiracy and defilement which attracts several years of imprisonment.

The Court did not take their plea after the prosecutor, Mr. Christopher John, asked the Court to refer the matter to the DPP for advice because the matter involved two minors.

Thus, the Presiding Magistrate, Mr. P.E. Nwaka, ordered the defendants to be remanded in prison custody without an option of bail.

The Court also directed the prosecutor to duplicate the file and send to the DPP for advice. The matter was adjourned till 2nd September, 2019.

CHECK IT OUT:  ‘Any Job Given To El-rufai Will Be Well Done’ – Obasanjo

The post 3 Men Arrested Over Gang-Rape Of 2 Under Aged Girls In Lagos appeared first on Naijaloaded | Nigeria’s Most Visited Music & Entertainment Website.