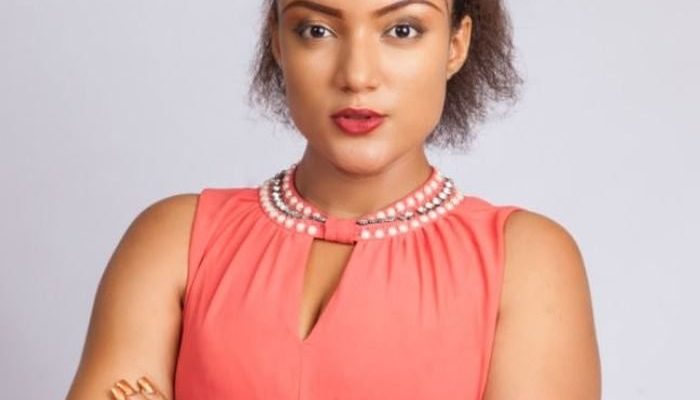 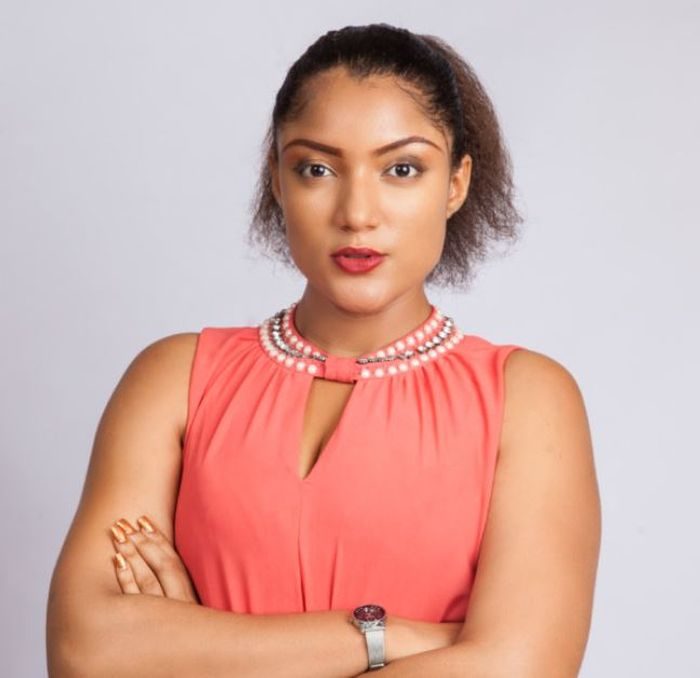 Former housemate of the 2017 edition of the Big Brother Naija reality TV Show, Gifty Powers has taken to her instastories to say the show is unfair and the connection is needed to keep one in the house.

Gifty said this while reacting to the various strikes issued to the current set of housemates in the house.

The reality TV star frowned at the fact that Seyi who had previously ‘cursed’ Thelma on the show faced no penalty for his action when the previous edition saw Kbrule and Khloe earn a disqualification for the same action.

I feel this is cheating and unfair.

One of Biggie’s rules is NO CURSING (strike).

Exactly what happened to Kbrule and Khloe, they were disqualified because of that.

But in the case of Seyi, he cursed Thelma and Ike but was never given a strike or a warning.

That is why i talk say BBN na all about connection and who get people to put you in the game. 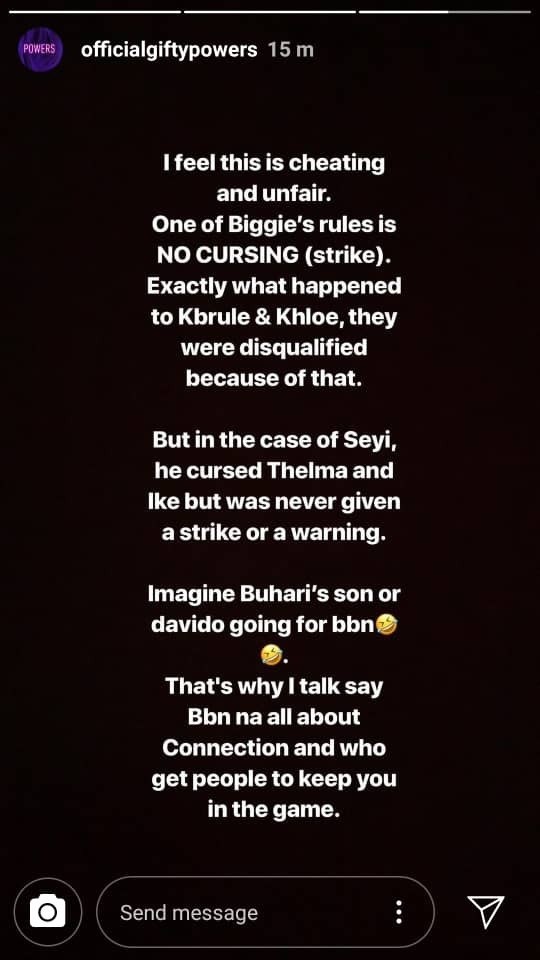 CHECK IT OUT:  Heroic! Man Climbs 19-storey Building To Save His Mother From Fire (Photos)