Busted! Khafi Of BBNaija Once Vowed Not To Have Sex Outside Marriage - NaijaCover.Com
Skip to content 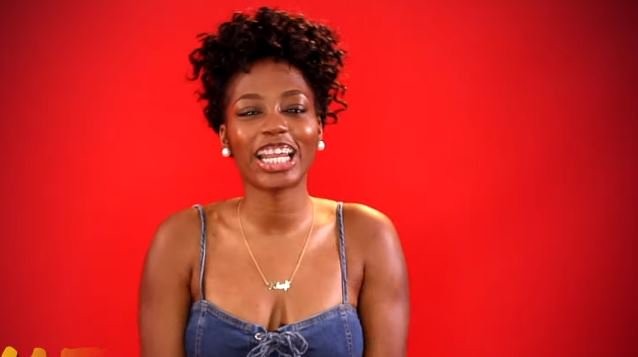 Khafi Kareem, the London Metropolitan Police constable who sex-romped with another BB Naija housemate, once preached that she wouldn’t “give up my body to randoms.”

Now colleagues in the police have now called out the 29-year-old Khafi for double standards after she spoke out against sex outside marriage.

The police constable is already facing disciplinary procedures at Scotland Yard, after she appeared on the show, titled Big Brother Naija, without the permission of her bosses.

The former ‘poster girl’ for diversity in the police had her request for leave denied, so has taken her place in the Big Brother house on unpaid leave.

Khafi’s antics in the house, specifically her relationship with 31-year-old businessman Ekpata Gedoni, has garnered headline news in Nigeria after they went under the duvet more than once.

The Sun has reported that friends of Khafi have dismissed claims made she had been celibate for eight years, saying she had been in at least two relationships ahead of her time on the reality show.

A source said they “feel deceived” by Khafi as “she is a different person on TV to the person I knew.”

In a video posted on her YouTube channel in 2017, Khafi makes a case for ‘non-religious reasons to save sex for marriage’.

In the video, Khafi claims: “I want to give my body up for the guy who loves me, the guy that I want to be with for the rest of my life, and I hope that you guys want to do the same as well.

“I just don’t want to give up my body to randoms, to random people who just don’t deserve me.”

Now, she can say that to Gedoni.

The post Busted! Khafi Of BBNaija Once Vowed Not To Have Sex Outside Marriage appeared first on Naijaloaded | Nigeria’s Most Visited Music & Entertainment Website.