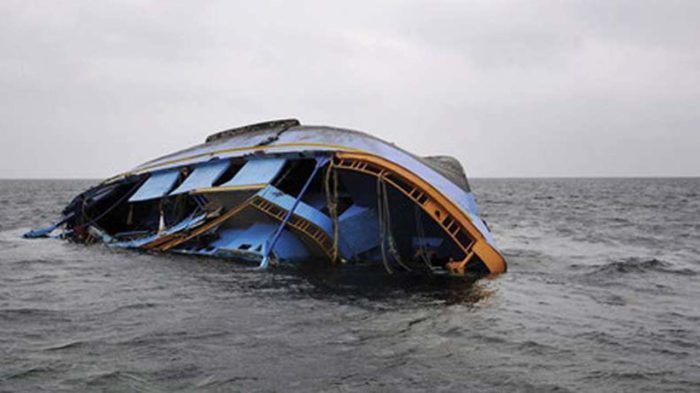 The Lagos State Waterways Authority says three people have been confirmed dead while two others are still missing in a boat accident that occurred at Irewe community in Ojo, near Lagos late on Tuesday.

The General Manager of LASWA, Mr Emmanuel Oluwadamilola, who made the disclosure in a statement, said that 13 people were rescued in the incident.

“At 6:10 p.m. today, Aug. 13, two boats had a head-on collision along the creek in Ojo Local Government Area of Lagos State.

“Eighteen passengers in total were involved with 13 rescued alive with three fatalities and two still missing–an adult and a child.

“Search and rescue operation is ongoing by relevant state agencies and the local community who were the first responders.

“Preliminary investigations by LASWA and LASEMA revealed that the incident was caused, due to reckless driving and over-speeding on the part of boat captains as one of them wasn’t in his right of way.”

The LASWA boss said that further investigations would be carried out by the authority and that those found wanting would be sanctioned accordingly.

He advised waterways users to always adhere to safety rules and regulations to avert untoward incidents.

CHECK IT OUT:  “Man Can Now Marry His Blood Sister As Wife” – Supreme Court