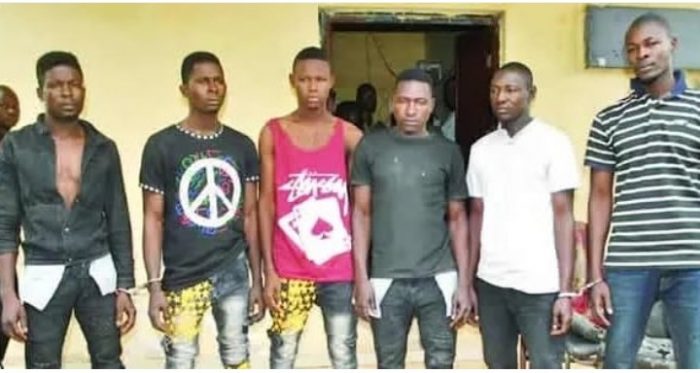 It was learned that the deceased was on his way from Lagos to deliver 60,000 liters of petroleum product to a location in Suleja when one of his colleagues led five other assailants to strangle him.

Mustapha’s corpse was found lying along the Maje-Dikko Road in the Tunga Shanu area of Suleja.

It was gathered that a colleague of the deceased, Goni Tijani, 27, stationed five of the suspects on the route to carry out the act and divert the tanker to an unknown destination.

Northern City News gathered that the suspects were trailed and arrested by a team of policemen attached to the ‘A’ Division, Suleja, while they were trying to escape with the fuel-laden tanker.

In an interview with punch correspondent, the prime suspect, Tijani said, “The victim was my colleague in the same company, but I needed money to sort out my domestic problems, that was why we did what we did.”.

The police apprehended the suspects at Gada-Biyu village on the Abuja-Lokoja Expressway, while they were trying to sell the product. The tanker has since been recovered and the suspects are due to appear in court soon.

CHECK IT OUT:  BREAKING: Lagos bans religious gathering with over 50 worshippers