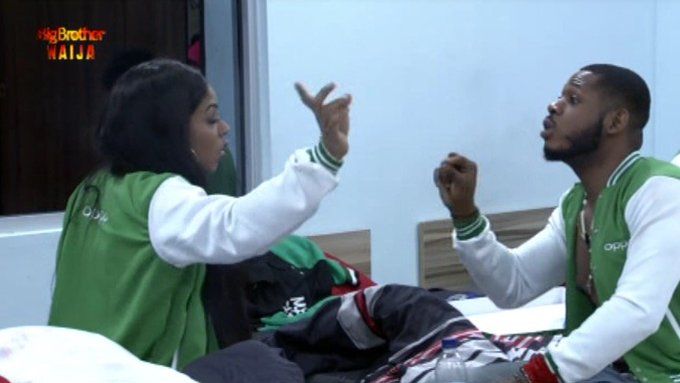 This took place after their drama presentation as the housemates were captured having luunch.

In the video that was posted on twitter by @mznikkigold, Venita could be seen keeping Moi-moi and meat in her cloth.

CHECK IT OUT:  ‘I Am Not Scared Of Dying’- Obasanjo