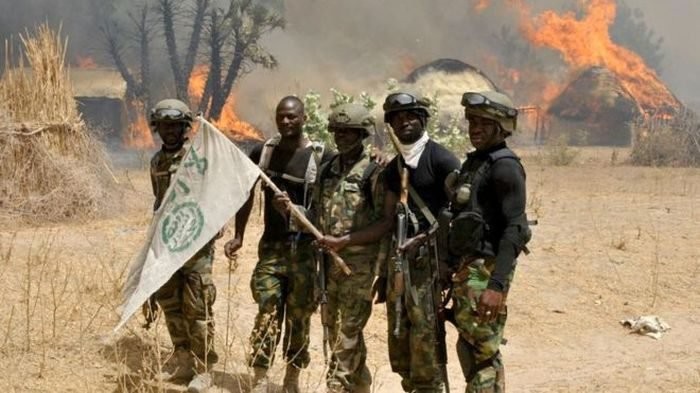 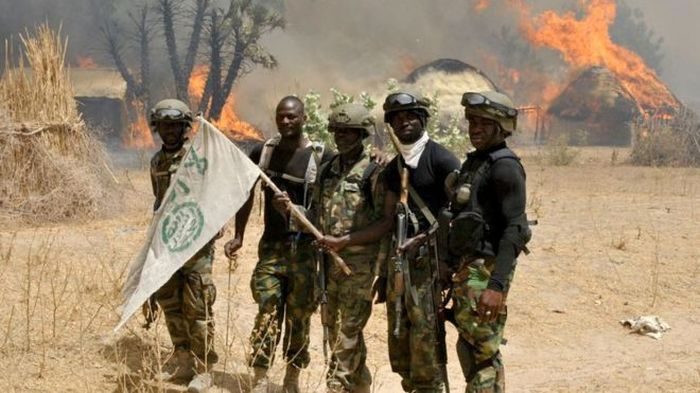 Hawa Abdu, a 38-year old Nigerian mother of two was abducted by Boko Haram in 2014 and spent four years with the outlawed terrorist group moving around the north-east of Nigeria.

She has been living in Minawao, a camp for Nigerian refugees in the Far North region of Cameroon, since January 2018.

“In 2014, my mother was in Bama, a town in between the state capital of Borno State, Nigeria, and the border with Cameroon, so I went to see her.

One day, we were told by the local authorities that it was not safe to stay, but I refused to move my mother because she was sick.

The terrorists entered the town at 4 a.m. the next day and gathered in the market. It was beyond our power to prevent them.

“I heard gun shots from all sides, and in the confusion, my two children ran in one direction and I went with my mother in another. We were caught by terrorists and my mother was slapped and left on the ground.

“I was taken, many of us were taken, by the terrorists. We were driven to the town of Zamaimaya and then had to walk 10 kilometres into the bush.

“All but the young girls were forced to marry a Boko Haram fighter. I refused to begin with, however after three days I realized I had no choice but to agree, because they said if we did not marry, we would be executed.

I was ordered to convert to Islam, which I did before the marriage.

“After I married, I was beaten a lot and given very little food. One time I spent seven days without food. Sometimes I was given dindiri or beans to eat. I suffered a lot from hunger. I hated being married to a Boko Haram fighter.

“The terrorists killed many people in front of us. We did not have the power to stop that happening.

We moved around the bush a lot, changing locations day by day. God saved me during these harsh times.

“One day, my daughter Hadiza who is 13-years old managed to escape. I have not seen her since. I pray every day that she is still alive. I do not know where my mother is. And then later soldiers came and chased away Boko Haram, and they helped me and my other daughter, Fatima, who is now 14 years old, to escape.

“She is with me in Minawao camp today.

“I have spent over a year in this camp and have been given food and clothes by my neighbours. I have not eaten chicken since I have been here. I sell groundnuts to make a little money. I need a mat, a pot and more clothes.

“I am suffering from heart disease and anxiety and cannot forget how I was separated from my parents and brothers and the killings I saw. I think about this every day.

“One way, I can relax is by listening to music to Hausa Fulani songs. I sometimes borrow my neighbour’s phone to listen. It makes me happy; it gives me piece of mind.”

CHECK IT OUT:  WOW!!! 24 Inmates To Write This Year’s JAMB At Ikoyi Prisons