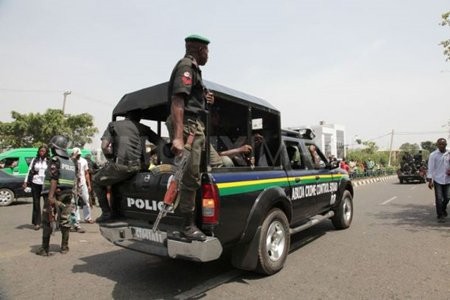 The Police Command in Jigawa State said on Tuesday it had rescued a couple trapped inside a building that collapsed at Auno village in Kafinhausa Local Government Area.

Mr Abdul Jinjiri, its spokesman, told the News Agency of Nigeria, in Dutse that the victims – Musa, 27, and Fatsuma, 20, were evacuated and rushed to the hospital by the Police after their room collapsed on them on Monday, August 19.

“We received a distress call from the village head of Auno, Kafinhausa Local Government, that a mudroom collapsed on one Musa and his wife, Fatsuma.

“Upon receipt of the information, our personnel rushed to the scene and successfully evacuated the victims. At the time of rescue, they were unconscious and were rushed to Kafinhausa General Hospital where they are currently receiving medical attention,” Jinjiri said.