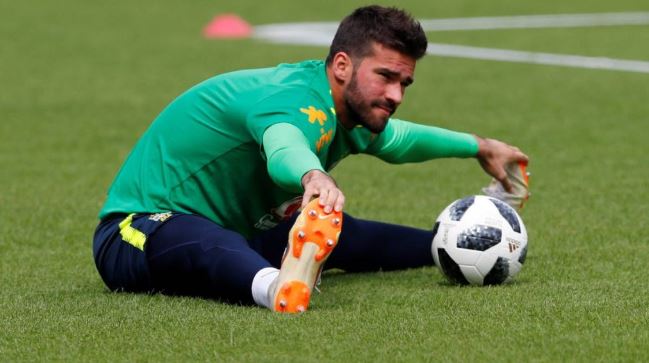 Liverpool goalkeeper coach, John Achterberg, has ruled out Alisson Becker from this weekend’s top-of-the-table clash with Arsenal at Anfield.

However, Achterberg is optimistic that the Brazilian stopper will be fit, after the upcoming international break.

Alisson was ruled out for four to six weeks, after he was injured in the Premier League opener against Norwich City, with scans later showing he the goalkeeper had torn his calf.

“Ali is good. He’s in every day for treatment and they try to improve things. He’s able to do some fitness work in the gym without using his leg. It’s difficult, but you have to try to look forward and be positive. You have to try to turn a negative into a positive,” Achterberg told The Athletic.

Achterberg hinted that 26-year-old Alisson would be aiming to return after the international break, with Newcastle United’s visit to Anfield on September 14 the Reds’ first game after the break.

“They haven’t given us a specific time he’ll be out as it’s difficult to say how quickly it will heal. That’s all with the medics. There’s an international break coming up and we’ll have to wait and see how long it takes after that.

“When something like that happens, you look at everything. Had the training load changed? The reality is that we hadn’t done anything differently in the build-up to that game. Ali felt fine. We have a rule with the goalies that if there’s any kind of issue you always have to talk.

“He actually came back in much better shape this summer than last year when we first signed him. It was all positive and that makes what happened so frustrating for everyone,” Achterberg added.

CHECK IT OUT:  No Be My Nature To Dey Brag – Success Says In New Viral Video