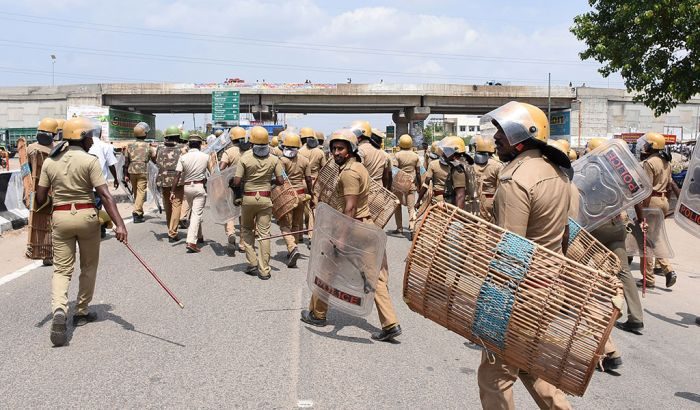 A Nigerian man has gotten himself in serious trouble after he was caught with about 102gm of drugs in India.

Christopher Ikechukwu, a 40-year old Nigerian, has been arrested for allegedly possessing 102gm of Ephedrine and pseudoephedrine drugs in India, SaharaReporters reports.

The accused was arrested by a team headed by Inspector Sher Singh.

Ikechukwu was arrested while trying to run away after spotting a police patrol team at the airport.

Immediately he spotted the police officers, he threw away a polythene bag with him containing 102gm Ephedrine and pseudoephedrine.

During questioning, the accused confessed to the crime and had been remanded in prison custody by the police.

A police officer revealed that efforts are ongoing to identify associates of Ikechukwu.

CHECK IT OUT:  SO LOVELY!!! Checkout The Moment Comedian Josh2Funny Proposed To His Girlfriend (Video)