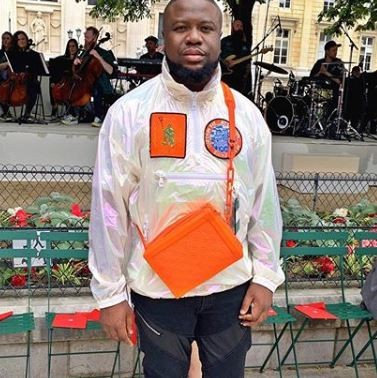 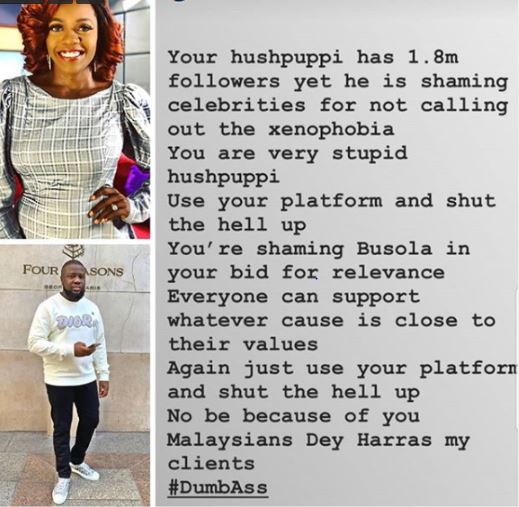 Shade Ladipo took to her Instastories this morning to blast Hushpuppi for dissing Busola Dakolo when he commented on the xenophobic attacks in South Africa.

Hushpuppi in a video posted on his Instastories said Nigerian celebrities were quick to stand up for Busola Dakolo, wife of singer Timi Dakolo, when she came out to accuse COZA pastor, Biodun Fatoyinbo, of rape despite the fact that she had no concrete evidence,

but have remained silent over the xenophobic attacks even with the overwhelming evidence of videos and pictures making the rounds online.

The media personality felt his reference to Busola’s rape case was inappropriate and took to her Instastories to call him out.

CHECK IT OUT:  Woman Pours Hot Water On Step-Sister In Kogi (Disturbing Photo)