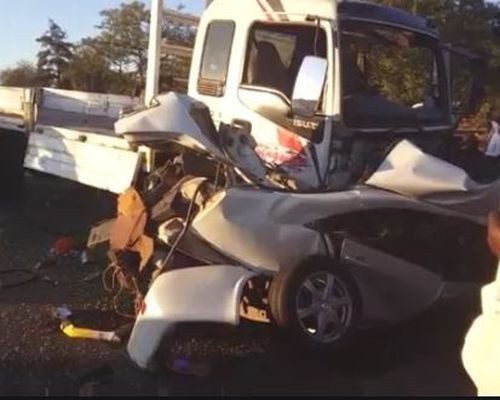 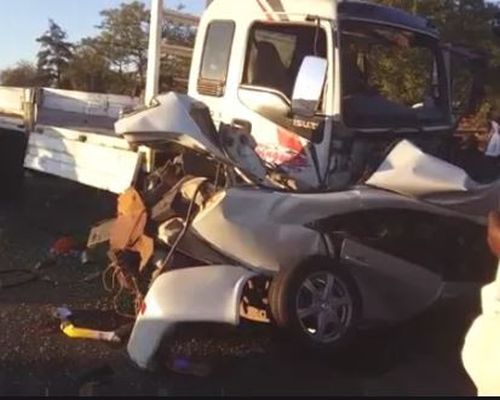 A crippled teenage boy who is yet to be identified was reportedly crushed to death by an articulated vehicle while begging for alms at Upper Iweka, Onitsha in Anambra state.

Sister to the deceased who was pushing him on a wheel chair, was said to have narrowly escaped death as she abandoned him and ran for her life.

According to a report by TheNation, the driver of the ill-fated 40-feet tanker which had earlier loaded its liquid content, reportedly rammed into them following brake failure.

An eye witness who simply identified himself as Uchenna, said the truck was descending the Onitsha Asaba expressway from Army barracks axis when he suddenly lost control and skidded off the road.

“It rammed into commuters waiting along the road to board vehicles to their various destinations. Scores sustained injuries while the crippled who could not escape like others, was knocked down and died on the spot,”

Narrating her ordeal, the deceased sister lamented the difficulty in tracing the parents, saying it was the deceased that was more familiar with the terrain.

“My brother is dead now and I it will be difficult to locate my parents. He was the one directing me while I pushed him on the wheelchair,”

CHECK IT OUT:  “I Will Knockout Deontay Wilder Before The 7th Round” – Anthony Joshua Boasts