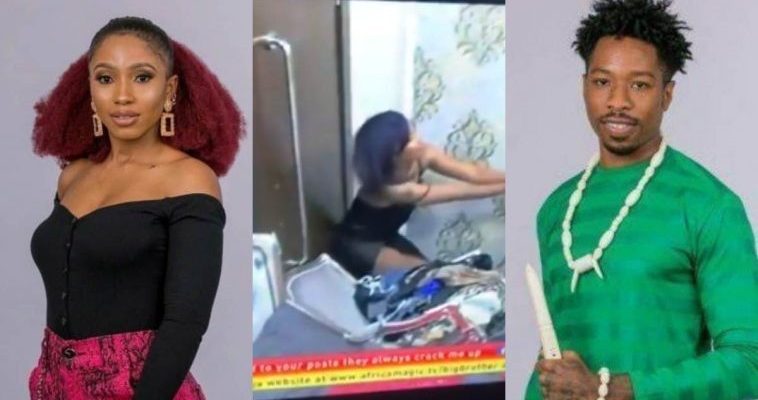 Posted By Udokabestluv On September 8th, 2019

She later sat down on the floor to wear her pant but found it uncomfortable. Standing back up, she put the entire front view on display, also showing off her naked butts. Ike could not be seen at this part of the video but it is suspected he was standing right in front of her and had a full view.

Mercy is coming from bathroom to wear her clothes n ike is dragging her like this. Dat boy shud be put in place – @lyndaohams_

Chaiii, babe is so fresh like today’s bread😁 #TeamMercy – @imsoendowed

CHECK IT OUT:  "Please Wear Bra": BBNaija's Ella Steps Out In Cleavage-Baring Outfit After Eviction

so she’s the one Benita was talking about when she told omashola that some girls came in with vibrators? And Mercy is her friend? I fear who no fear Venita – @DaVisSignature

Watch the video below..