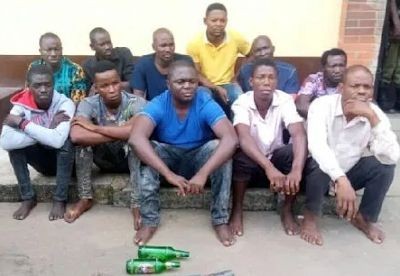 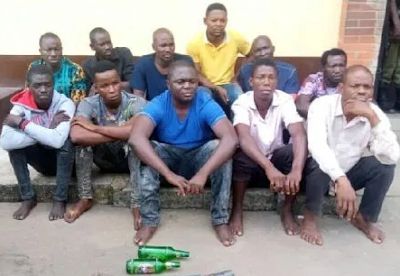 Task Force Chairman, Olayinka Egbeyemi, who confirmed the arrest on Monday said the union members were arrested at the weekend by the Enforcement team of the agency for causing mayhem around Yaya-Abatan Garage in Ogba.

Egbeyemi revealed that dangerous weapons such as axes, diggers, broken bottles and cutlasses were recovered from those arrested in connection with the mayhem.
He said that all arrested suspects have been immediately charged to court.

The Task Force boss warned members of the NURTW to conduct their activities in a peaceful manner and not to disrupt the peace of innocent members of the public.

He vowed that anyone caught fomenting trouble would be severely dealt with in accordance with the law.