Naira Marley Responds To Ibrahimovic Who Said “There Can Only Be One Zlatan” - NaijaCover.Com
Skip to content 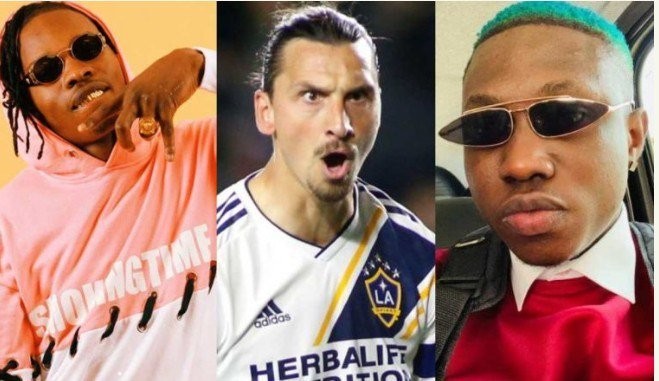 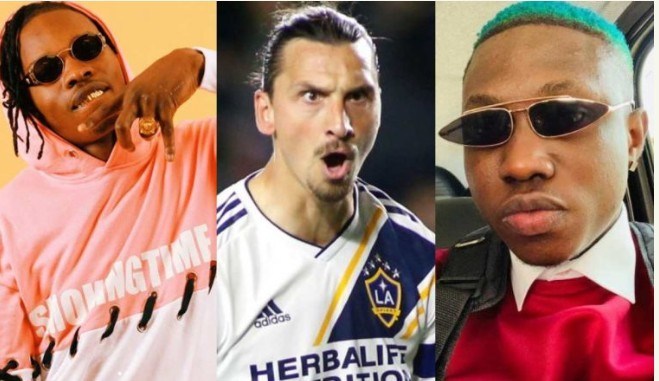 Singer Naira Marley has responded to the footballer, Zlatan Ibrahimovic who said there can only be one Zlatan.

Zlatan Ibrahimovic took to his twitter page hours ago to share a post which reads; “there can only be one Zlatan” and Naira Marley who came across his post on the platform decided to burst his bubble and defend his best friend who shares the same name with the footballer.

Too late bro… I have a friend called Zlatan Ibile 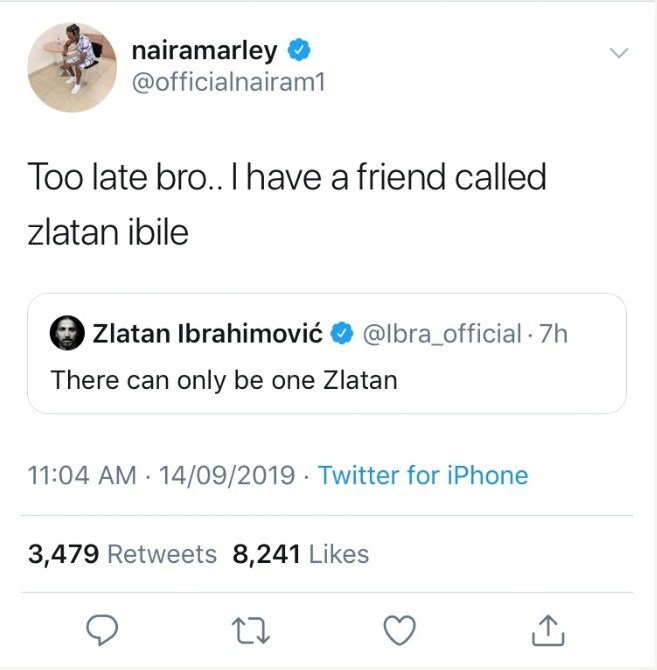 Zlatan Ibile and Naira Marley are very close friends who have supported each other in music and continued to express loyalty to their friendship so this should not come as a surprise.

The post Naira Marley Responds To Ibrahimovic Who Said “There Can Only Be One Zlatan” appeared first on Naijaloaded | Nigeria’s Most Visited Music & Entertainment Website.