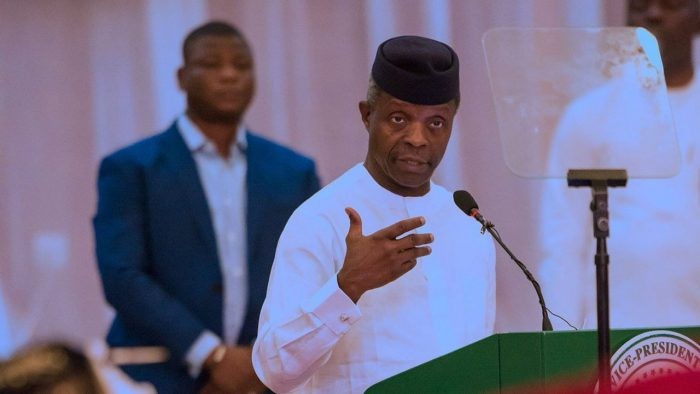 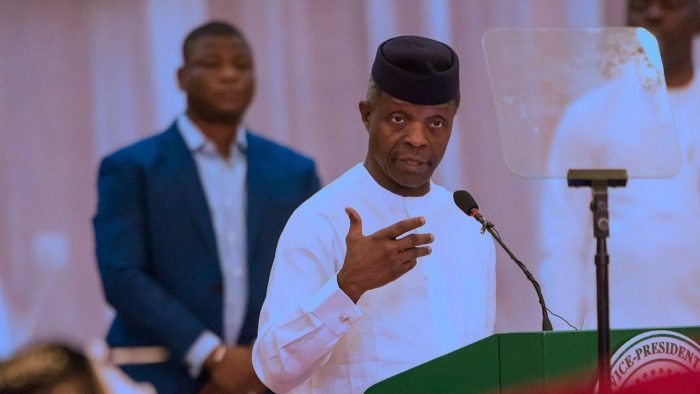 Fresh facts on Wednesday emerged on some decisions taken by President Muhammadu Buhari on the functions of his deputy, Prof Yemi Osinbajo.

A source in the Presidential Villa confided in The PUNCH that members of the cabal in the Presidency were bitter about the roles played by the Vice-President, when he stood in for Buhari, when the latter went on medical leave.

The source cited the emergence of Walter Onnoghen as the substantive Chief Justice of the Federation and the removal of Lawal Daura as the Director-General of the Department of State Services on August 7, 2018 as two of their grievances against Osinbajo.

Buhari had on November 10, 2016 sworn in Onnoghen in acting capacity despite the recommendation of the National Judicial Council, which stated that he should be appointed as Chief Justice of Nigeria being the most senior justice of the Supreme Court.

The President did not forward Onnoghen’s name to the Senate for consideration despite public outcry.

Recall that it was Osinbajo, who acted as President, during Buhari’s absence from the country, that forwarded Onnoghen’s name to the Senate on February 7, 2017 and swore him in on March 7, 2017

Also, the Federal Government had on January 15, 2019 arraigned the ex-CJN before the Code of Conduct Tribunal .

But Osinbajo had during a conference of the Online Publishers Association of Nigeria, claimed Buhari was not aware of Oongohen’s trial until Saturday, January 12.

The Vice-President, who at the event, expressed misgiving about the trial of Onnoghen and other judges, had said, “It has consequences such as we have today, such that people say how can such an important person be subjected to trial without the Federal Government.”

CHECK IT OUT:  OH NO!! Lionel Messi’s Father Involved In Road Accident

He had also said Buhari believed that there should not be interference by the executive in other organs of government.

But the President did not wait for Onnoghen’s trial at the CCT to be concluded before suspending him on January 25.

Justifying his action, Buhari had said, “Although the allegations in the petition are grievous enough in themselves, the security agencies have since then traced other suspicious transactions running into millions of dollars to the CJN’s personal accounts, all undeclared or improperly declared as required by law.”

Also, Osinbajo, when he was acting President, removed Daura, as the director-general of the DSS on August 7, 2018 and appointed Matthew Seiyefa, who was kicked out by Buhari in September of the same year.

The source, who confided in one of our correspondents, attributed Osinbajo’s travails to the roles he played in Onnoghen’s issue and Daura’s removal.

The source said, “The VP underestimated the level of vindictiveness some of these people have towards him.

“They accused Osinbajo of sidelining them when he took critical decisions during Buhari’s medical leave. If you remember, there was a lot of drama surrounding the confirmation hearing of (Walter) Onoghen and the removal of Daura.

“They were also not happy about the issue of the presidential panel on recovery of public assets. Obono-Obla developed a life of his own in handling the assignment given to him. They thought the VP was supposed to have checked him.

But a top member of the All Progressives Congress, who spoke on condition of anonymity, described the situation as “sad” and “beyond mere words.”

The source said, “Those of us within the party are onlookers in this matter. They are turning this 2023 game dirty because how can you explain what is happening to the Vice- President who brought in class and finesse into government?

“It’s possible some persons around the President made some discoveries about the VP’s handling of certain issues and were able to convince him (Buhari) to whittle down his powers.

“Whatever is happening cannot be hidden for too long. Without doubt certain individuals within and outside the villa are taking advantage of the situation.”

Another party stalwart, however, said nothing out of the ordinary was happening.

The party stalwart, who also wished to remain anonymous because “the issue is purely within the purview of the President,” said, “It’s just a storm in a tea cup; there is nothing unusual happening.”

In response to a question on the replacement of the Osinbajo-led Economic Management Team with the Prof Doyin Salami-led Economic Advisory Council, he said, “There is a new energy to refocus government to revamp the economy.

“Whether it is the Vice-President that is the driver of the economic management team or not, all of them are still reporting to the President.

“The Vice President has a constitutional role to play and he is playing it. I don’t know why some people want to create a rift between the Vice-President and his principal.

“If the President is saying this (economic) route that we’ve taken in the last four years has not yielded the desired results, let us go another route is there anything wrong with that?

“I don’t think what is happening is meant to slight the Vice-President. It is not a sign that the President has lost or is losing confidence in the VP.”