I WANT IT!! Barcelona Legend Xavi Wants To Coach A Club In The Premier League - NaijaCover.Com
Skip to content 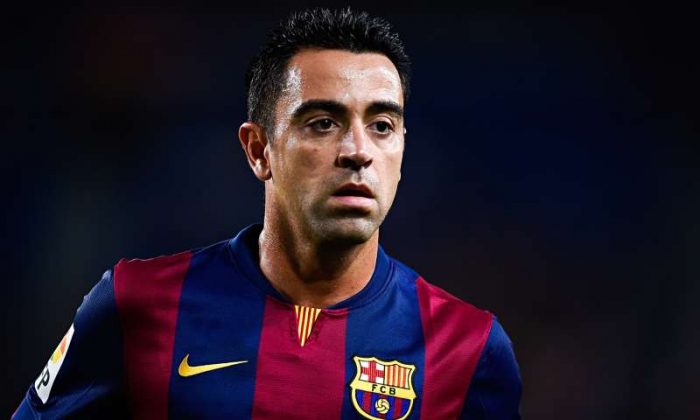 Legendary Barcelona and Spain midfielder Xavi wants to return to his former club as manager, but is also keen to manage in the Premier League.

Xavi made over 700 appearances for his boyhood club Barcelona and is the third most capped Spanish international footballer, playing 133 times for his country.

The man who was at the heart of the Spain side that won the 2010 World Cup and two European Championships ended his incredible playing career five months ago to take his first steps into management with Al Sadd in Qatar, the club he spent his final four years with as a player.

Despite being in the infancy of his managerial career, Xavi admits the ultimate goal is to return to manage Barcelona.

“I don’t hide it, my goal is to return to Europe and return to Barca, it is my challenge ahead, but I’m still learning in this project and I’m also enjoying it.

“My idea, which also happened to me as a footballer, is to be in Barcelona.

“Training this type of team would be a privilege and the greatest privilege for me would be to return to Barca.”

Although a return to the Catalan club is the target, Xavi has not ruled out a managerial role in the Premier League should an opportunity arise.

“Obviously if I had to choose, I would choose a big team, [Manchester] City or United, Chelsea, Arsenal or Tottenham.

“Also, [Jurgen] Klopp and [Mauricio] Pochettino and Unai Emery, many people who have gone there are doing an extraordinary job.”

The post I WANT IT!! Barcelona Legend Xavi Wants To Coach A Club In The Premier League appeared first on Naijaloaded | Nigeria’s Most Visited Music & Entertainment Website.