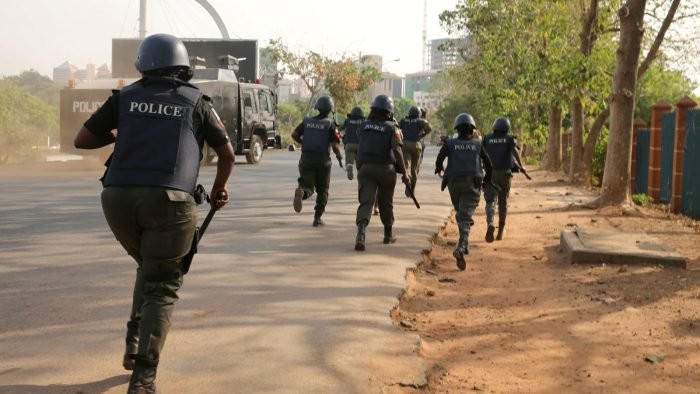 The Bauchi State Police Command under the leadership of Commissioner of Police, Habu​ Sani,​ has​ foiled an attempted armed robbery attack on a filling station on Sunday evening in the state capital.

A press release signed and issued by the Command Public Relations officer, DSP Kamal Datti Abubakar, on behalf of the state police commissioner and made available to press men, said the command had received a distress call from Shafa filling station situated at Miri village along Bauchi – Jos road, Bauchi, that a gang of suspected armed robbers numbering about five, armed with AK-47 rifles and other dangerous weapons stormed the​ filling station with intent to rob them of their sales proceeds and other valuables.

The statement further said that “On receipt of the report, the Command promptly mobilised its tactical teams attached to Operation Puff Adder to the area.

“However, on sighting the Police teams, the suspects engaged them in gun battle, but they were overpowered by superior firepower of the Police and one of the suspects was shot during the battle while the rest were suspected to have escaped with bullets wounds.

“The suspect was rushed to Abubakar Tafawa Balewa Hospital for treatment but was later confirmed dead by a medical doctor.”

According to the statement , exhibits recovered include: One AK-47 rifle with twenty five rounds of live 7.62mm ammunition.

The statement further said no causality was recorded during the gun duel from either the Police or any innocent member of the public and effort was on top gear to arrest the fleeing suspects.

CHECK IT OUT:  Atiku Calls For Immediate Release Of Sowore, Elzakzaky, Other Political Prisoners