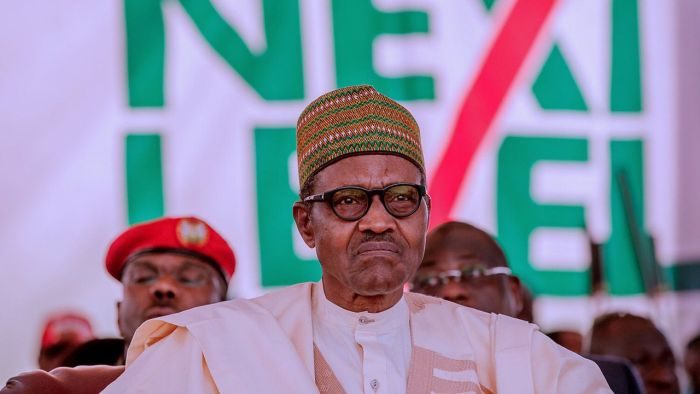 President Muhammadu Buhari this morning urged Nigerians to join hands with the present administration to entrench good governance, foster inclusive economic development, as well as defend and protect the nation from those working against its unity.

In a nationwide broadcast to mark the 59th Independence Anniversary of the country, he said Nigeria will emerge “stronger from its present challenges and more resilient than ever.”

The president, who called for all to exercise restraint, tolerance and mutual respect in airing their grievances and frustrations, described the ongoing national discourse on various political and religious issues as “healthy and welcome.” According to him, “Our attention is increasingly being focused on cyber-crimes and the abuse of technology through hate speech and other divisive material being propagated on social media.

“Whilst we uphold the constitutional rights of our people to freedom of expression and association, where the purported exercise of these rights infringe on the rights of other citizens or threaten to undermine our national security, we will take firm and decisive action,” he said. The president added that, “The path of hatred and distrust only leads to hostility and destruction.

I believe that the vast majority of Nigerians would rather tread the path of peace and prosperity, as we continue to uphold and cherish our unity.”

Buhari said the implementation of the 2019 capital budget, which was only approved in June, would be accelerated to ensure that critical priority projects were completed or substantially addressed. “The Ministry of Finance, Budget and National Planning has been directed to release N600 billion for capital expenditure in the next 3 months,” he said.

CHECK IT OUT:  Paraguayan Warden Speaks On Ronaldinho’s Presence In Prison

He expressed commitment to optimizing the revenues generated from the oil and gas sector as the government pushed to diversify the economy.

The president said while working with the legislature, the Petroleum Industry Bill and amendments to the Deep Offshore Act and Inland Basin Production Sharing Contracts Act, would soon be passed into law to ensure government obtained a fair share of oil revenues, whilst encouraging private sector investment.

The president, who said the vulnerable would not bear the brunt of policy adjustments, explained the reasons behind the disbandment of Economic Management Team led by Vice President Yemi Osinbajo and replaced with Economic Advisory Council (EAC).

“I recently constituted an Economic Advisory Council to advise me on inclusive and sustainable macroeconomic, fiscal and monetary policies. This independent body will work with relevant Cabinet members and the heads of key monetary, fiscal and trade agencies to ensure we remain on track as we strive for collective prosperity. However, we are also committed to ensure that the inconvenience associated with any painful policy adjustments, is moderated, such that the poor and the vulnerable, who are most at risk, do not bear the brunt.”

Buhari said the Federal Ministry of Justice is working with the US Department of Justice to conclude a Memorandum of Understanding to expedite the repatriation of the US$300 million recently identified as part of the Abacha money-laundering case.

He said the P & ID “arbitral award” had underscored the manner in which significant economic damage had been caused by the past activities of a few corrupt and unpatriotic Nigerians. “Our efforts to improve the power sector will complement other infrastructure investment projects under the Presidential Infrastructure Development Fund, which is investing in the Mambilla Power Plant project, as well as key economic road infrastructures such as the Lagos-Ibadan Expressway, Second Niger Bridge and Abuja-Kano Expressway. The first set of these projects remain on track to be completed by 2022,” he said.

CHECK IT OUT:  Suspected Cultist Arrested In Attempt To Snatch Motorcycle In Ogun