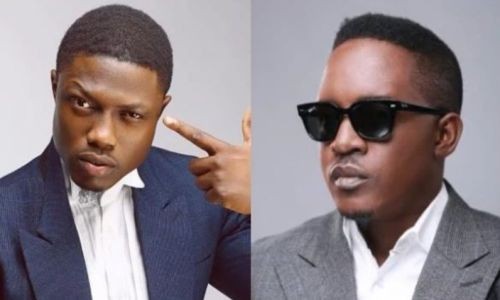 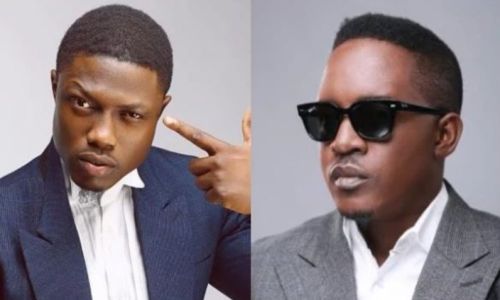 Last month, a beef that had been brewing for years finally came to a head with Vector’s ‘The Purge.’

And this time, the two rappers elaborated the beef with diss tracks upon diss tracks.

In 2006, M.I. Abaga released ‘Crowd Mentality.’ The video was shot in Abuja. A short while later, he signed with Chocolate City.

Around the same time, Vector was becoming a staple of Nigerian Hip-Hop. Like M.I, he was sell-able and likeable as an English speaking rapper.

But unlike M.I, he was already being thrust into the spotlight and was farther along in his development and mainstream relevance than M.I. Most gamblers would have placed bets on Vector to become the new king.

Vector was in Lagos doing bits while M.I was in the North making the rounds. He only moved to Lagos permanently after he signed with Chocolate City. Vector was also promoted as a freestyle rapper. As you know, Lagos is the bigger market. You own Lagos, you own it all.

But then something happened; it’s called ‘Safe’ featuring Djinee. M.I not only took the lead as the top dog, he sealed it with a classic album in Talk About It and two awards at the MTV African Music Awards in 2009. Vector began to take a backseat. At the time, he hadn’t even released his debut album. State of Surprise was to drop a year later, 2010.

While M.I. was already making waves, Vector still had fans who felt he could usurp M.I and he also believed it. Why wouldn’t he? He hadn’t even dropped his debut album yet. As a Lagos boy who grew up in barracks and with a larger than life appetite, he also felt he was more talented than the Jos transplant.

The proof came on track six of his debut album, State of Surprise. It was the Samklef-produced, Emmsong-assisted song titled, ‘Kilode.’ On it, Vector rapped, “Kilode? What the heck do you want from me, asking if I could kill M.I. Why would I? He’s a cool kid… Ain’t got no reason to be on a metaphor clash with him. He’s him and I’m me…”

An OG before IG tells me the track was recorded at least 18 months before State of Surprise was released.

Vector used the word, “Kid.” It might have been mainly harmless on his part, but it was passively condescending. Even on ‘Sha Ma Wa Lo,’ Vector thought he was the greatest. He says, “GOATs don’t play around at ramadan…”

With the word “kid,” seeds of this beef were planted. At the time, he still had a chance, but even clairvoyant people couldn’t predict what was to come. M.I went on to stake a legitimate claim as one of the greatest. Vector has since remained a polarizing character at best and a pretender at worst.

The actual beef started on August 30, 2018, Vector directly responded to M.I Abaga on Cool FM’s ‘Midday Oasis.’ He thought M.I was wrong for recording ‘You Rappers Should Fix Up Your Lives.’ Before then, they’d appeared on songs together, but never featured each other.

The last time they appeared on a song together, VJ Adams tapped both for ‘Define Rap 1’ in July 2018. On it, Vector rapped, “I feel so many rappers decline whenever we rhyme… And I don’t care who’s on the track, everybody getting left back coz as long as you’re a rapper, f** being cool, let’s rap… This is rap, I don’t trust you all…”

A few months ago, word on the street was that Vector was planning a major diss track that will be directed at M.I. Abaga. Industry ITKs waited for it, but it never happened. Yet, we salivated at the combustible prospects of a rivalry that had been brewing for 10 years. Life always seems to have a way of pitting M.I and Vector against each other.

CHECK IT OUT:  WICKED SOUL! 75-Year Old Farmer In Trouble With Court For Sleeping With 14-Year-Old Boy

Lucky for us, M.I. Abaga and Vector Tha Viper have grown into brand ambassadors for two of the biggest liquor brands in Nigeria. Vector is behind the Hennessy cyphers that have been highly terrible in recent years. M.I. has only done two highly commendable episodes of the Martell Cypher.

But there’s also one problem; Hennessy is bigger than Martell and M.I. is bigger and more successful than Vector. Cypher was always going to be the ‘Manila’ for this ‘Trilla’ of a Hip-Hop rivalry.

Everytime the Hennessy cyphers flop, M.I. fires shots via his Twitter account. He has never been silent about his desire to take Vector’s place as brand ambassador. He feels he could do a better job.

In a way, you would feel that it’s M.I’s ego as arguably the greatest Nigerian rapper of all time working its number – it’s fair. As the big dog, you want to be at the helm of the biggest things. Hennessy is the bigger brand with the bigger bag. It’s only natural that M.I would want that space, especially when a contemporary he is greater than is fumbling the job.

Inspired by diss tracks and cyphers in 2019

On January 10, 2019, M.I made his biggest claim yet to Vector’s throne. He orchestrated the highly pleasing and enjoyable Martell Cypher and called on his 100 Crowns brethren, AQ and Loose Kaynon to send messages to Vector. Loose Kaynon was the first. He rapped, “Washed up rappers turned pop want to son Hip-Hop artists…”

AQ has a history with Vector. At first, Vector featured AQ, Terry Tha Rapman and X.O. Senavoe on the 2011 song, ‘Ginja.’ Then In 2012, both rappers teamed up for ‘Distractions,’ a diss to Reminisce.

However, when Vector rapped that, “Somebody please mess with me, I need a new distraction. Damn A-Q, I bet that crazy n***a laughing…” on ‘Where is Vector,’ AQ went at Vector’s head with a remix of the same song.

On the first Martell Cypher, A-Q rapped, “How are you taking shots with a supbar album? Those joints ain’t strong enough, you need calcium…” Vector’s 2016 album, Lafiaji tanked both critically and commercially.

For his part, M.I. who also bragged about the impact of his 2017 track, ‘You Rappers Should Fix Up Your Lives,’ had a verse littered with shots at Vector.

He rapped, “There’s no rapper I can beef with, I son ‘em all… The cypher that matters… I’m the head, always the head… Loose and AQ we should make this episodic, open for rappers who deliver product. And that other cognac (Hennessy), this is how to spend your budget…”

As if that was not enough, the video ended with an explicit shot at Hennessy, “Don’t do cyphers that won’t pay you, come to us instead.” While rappers were allegedly paid in 2019, it made the rounds that rappers were not paid for previous cyphers.

When the 2019 Hennessy cypher rolled around, it again flopped. The video was much better and so were aesthetics, but the raps and beats were just terrible. M.I. again fired shots when the organizers billed Boogey, Teeto Ceemos and a few rappers, ‘underground.’ 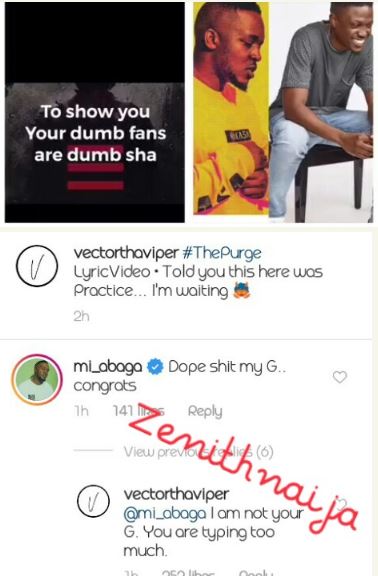 The post ‘I Am Not Your G’ – Vector Tells MI As He Tries To Comrade With Him appeared first on Naijaloaded | Nigeria’s Most Visited Music & Entertainment Website.