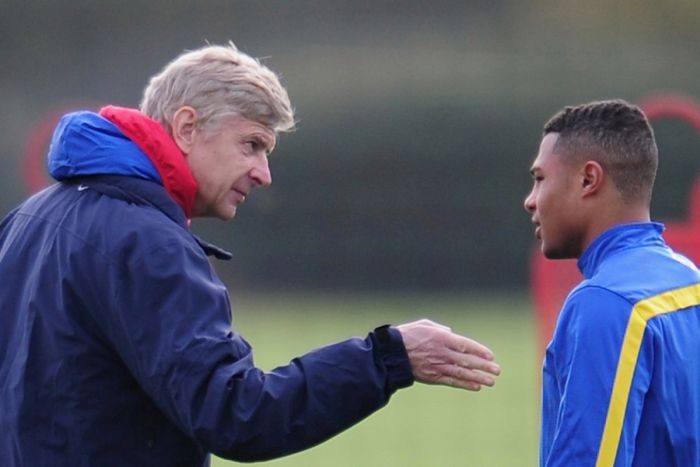 The Frenchman was still in charge at the Emirates Stadium, when the winger left for Germany, having made only 10 league appearances for the Gunners.

He found his way to Bayern via Werder Bremen and has since blossomed in Germany.

Gnabry hit the headlines recently, after netting four times in his side’s 7-2 win over Tottenham in the Champions League.

Wenger had hinted that there may have been foul play at work to lure him away from north London.

“We tried to extend his contract for a very long time and I think that Bayern manipulated behind the scenes, that if he went to Bremen he would join Bayern after.

“He was always a very talented boy who lacked confidence in some stages, but we always thought we had a player who could achieve a lot.

“He came back from a very bad experience on loan at West Brom where his confidence was destroyed. I tried to rebuild him because I believed in him,” Wenger told beIN Sports.

CHECK IT OUT:  Destiny Etiko Dances After Her Father’s Burial (Video)