AHH!! We Move From Village To Village To Rape – Teen Gang-Rapists - NaijaCover.Com
Skip to content 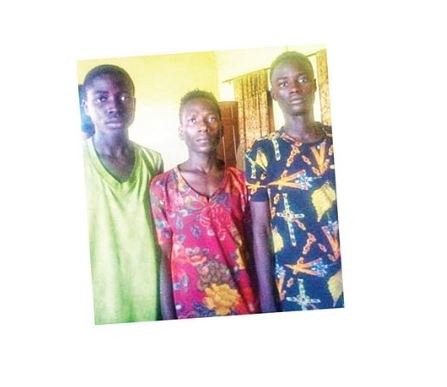 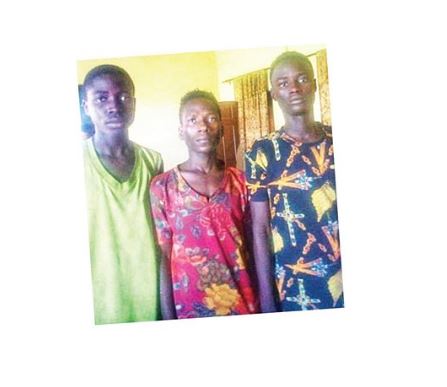 Three teenagers have been arrested for allegedly gang-raping a 20-year-old woman in Paikoro, NigerState, following a report by the father of the victim.

The suspects, Shafiu Isah, Jawalu Babuga, 19, and Musa Sabiu, 18, allegedly accosted the victim on her way from work and raped her. The suspects revealed that they had been raping girls for a long time and were never caught.

One of the suspects, Isah, said none of their victims or their parents had been bold enough to report them to the police stating that it was very surprising when they were arrested because of the rape.

“We are street boys, we move from one village to another looking for whom to rape since we have no money to give to girls after sex.

We usually perform the act where nobody will see us and our victim cannot refuse us sex. We have no means of livelihood and that was why we resort to raping women and girls.”

The post AHH!! We Move From Village To Village To Rape – Teen Gang-Rapists appeared first on Naijaloaded | Nigeria’s Most Visited Music & Entertainment Website.

CHECK IT OUT:  Man In EFCC Net Becomes Dumb Over When Asked To Explain How He Got The N150M In His Account