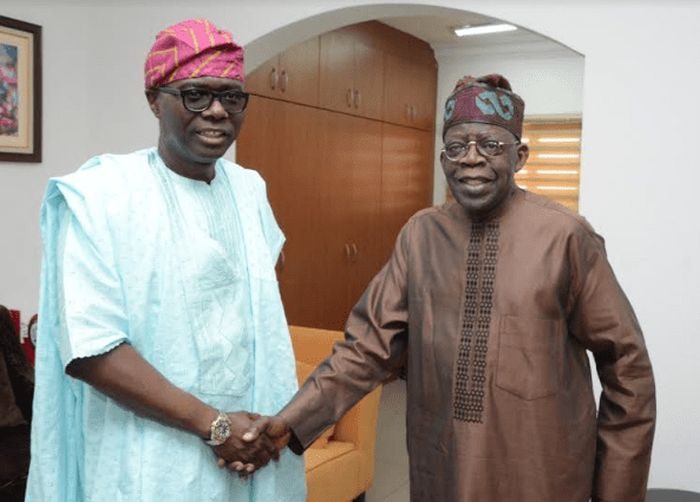 A cross-section of Lagos residents have berated the State Governor, Babajide Sanwo-Olu over the terrible condition of roads in the State.

They wondered why Sanwo-Olu has not taken any major step towards addressing the bad roads in the state, despite his campaign promises.

Reacting to the anger by Lagosians, Sanwo-Olu’s Chief Press Secretary, Gboyega Akosile, assured that the governor was working “round the clock” to ensure that Lagos works.

Akosile assured that Sanwo-Olu would embark on road construction across the state after the raining season.

“Gov @jidesanwoolu is working round the clock to ensure that Lagos works. He has achieved cleaner environment, improved security, health, bursary, etc. He will embark on aggressive road constructions/repairs but this can only be done effectively after the rains. Pls bear with us.”

However, tweets gathered by NAIJALOADED on Lagosians venting their anger on the governor read below:

@Osi_Suave: “Not Making an Excuse for Sanwoolu, but the roads have always been bad. He resumed in May and we are in October but we see the Lagos state Public works dept fixing roads everyday. We are 17m people living in the smallest state in Nigeria. 17m is the population of some countries.”

@Osi_Suave: “Cos as small as Lagos is. You cant shutdown the smallest highway or inner road for construction and not expect chaos. Before I start complaining about Sanwoolu I’d give him 1 year.”

@OlaseniOladejo: “This is the same thing Sanwoolu has been telling himself in Lagos. And you can fix a road during the raining season. There’s massive work going on all around Apapa, Lagos Ibadan Expressway and other places.”

@theofficialFEMI: “2months into his first term, you could tell Fashola had a sense of purpose. Oh! He took over in May too just like SanwoOlu.”

@theofficialFEMI: “It’s funny when you people make excuses for lagos state govt. We’ve had the same party running lagos since 1999 and I’m not sure they’ve built up to 20 new roads from the scratch. They cant even maintain the existing roads. SanwoOlu took over from his fellow party man.”

@nawtiebukky: “LAGOSIANS: 100 days in Office! We are not seeing him and/or his works! Independence Month! Nowhere to be found! Where is Sanwoolu??”

@SirLeoBDasilva: “Let’s assume Sanwoolu doesn’t have money to fix roads or street lights. Does he need money from stopping containers and tankers from moving at peak hours? Lagos is a huge and unbearable mess at the moment.”

@GodswillEjelonu: Sanwoolu made excuses at @theplatformng that bitumen for road construction doesn’t augur well during the rainy season & we should expect massive reconstruction during the dry season, other governors also share these sentiments.”

@Oluomoofderby: “@jidesanwoolu Should come out and apologise. He should be ashamed of himself.
We clearly don’t have a governor in Lagos but a scum bag. How on earth can you drive towards oncoming vehicles Mr Sanwoolu. Our leaders behave like animals compared to leaders in other societies.”

@iconicENGR: “Alternative Routes along Lekki-Ajah Expressway, Mile 2 – Badagry axis is pathetic, the whole of Victoria Island when it rains would be a suicide mission plying. Lagos State is on Auto-Pilot with Sanwoolu.”

@Adeshola_Konka: “Who would have Thought, that The Sanwoolu we saw even in our Dreams Pre-election. With posters about like flies on a carcass is now Mute and Even Absent.”

CHECK IT OUT:  [Must Read] The Unilag Crisis - Unilag Authorities Should Address The Issues Raised In Our Advertorial