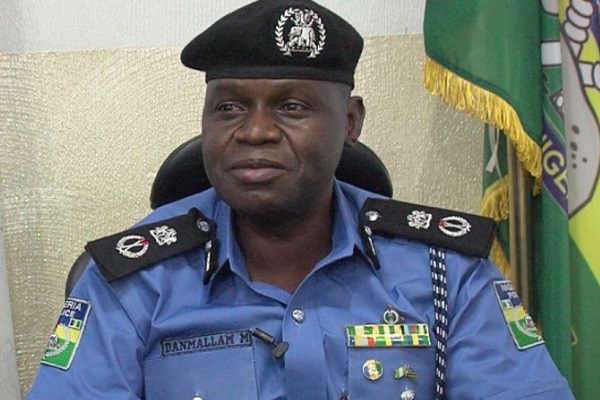 The Edo State Commissioner of Police, Mr. DanMallam Muhammed, has denied reports of attack on the residence of the National Chairman of the All Progressives Congress (APC), Comrade Adams Oshiomhole.

The Chief Press Secretary to the former Governor, Simon Ebegbulem, had raised the alarm that unknown hoodlums attacked the Benin residence of Oshiomhole located in the Okoroutun area of GRA Saturday evening.

Ebegbulem alleged that the attackers were sent by the State Governor, Mr. Godwin Obaseki, in his desperation to secure a second term as Governor.

He, however, said that the attackers were repelled by APC youths loyal to Oshiomhole who mobilised to his residence.

But the State Commissioner of Police, Dan Mallam Mohammed​, in his reaction, said there was no attack on Oshiomhole’s​ residence.

Mohammed, who spoke in a telephone interview, said: “the one that happened was on [Friday], and there was no attack on Oshiomhole’s residence.

“He (Oshiomhole) visited the Oba of Benin and we escorted him to the airport and he thanked us for the security of the State.

“You know, when his Excellency (Obaseki) visited him (Oshiomhole) during Sallah, he said people are capitalizing on the issues to make money and create problems​ when there are none​. Nobody attacked Oshiomhole’s​ house, we should have seen​ physical evidence,”

On his part, the Special Adviser to Governor Obaseki​ on Media and Communication Strategy, Mr. Crusoe Osagie, described the allegation against Obaseki as false.

Osagie said he was not “aware of any such attack” and there was no information to them “that Oshiomhole was even in town.”

CHECK IT OUT:  NICE ONE!!! Soldiers In Excited Mood As They Enjoy Their Meat In Sambisa Forest (Photos)

Meanhwile, the Chief of Staff to Governor Obaseki, Mr. Taiwo Akerele, has alleged that he was attacked by a loyalist of Adams Oshiomhole, chieftain of the APC in Benin, Tony Adun (otherwise known as Tony Kabaka).

Akerele also alleged that unknown persons boggled into his country home in Igarra, Akoko-Edo Local Government Area of the State.

He said the hoodlums entered his room through the ceiling and that their mission still remained known to him.

He told journalists in Benin that Adun attacked him in Protrea Hotel on Friday while meeting with some foreign investors.

He said he arrived at the hotel at about 7pm for a meeting with some foreign investors and that while the meeting was on, Adun came and first attacked him verbally and was matching towards him, but was restrained by people around.

“I just came from Igarra where I met that unknown persons entered my room through the ceiling. I have reported to the police in Igarra.

“When I came to Benin, I went straight to Protrea [Hotel] where I had a meeting with some foreign investors and I experienced the attack,”

But when contacted, Adun denied the allegation. He said they “went to Protrea to see how Oshiomhole was faring after the attack on his house.”