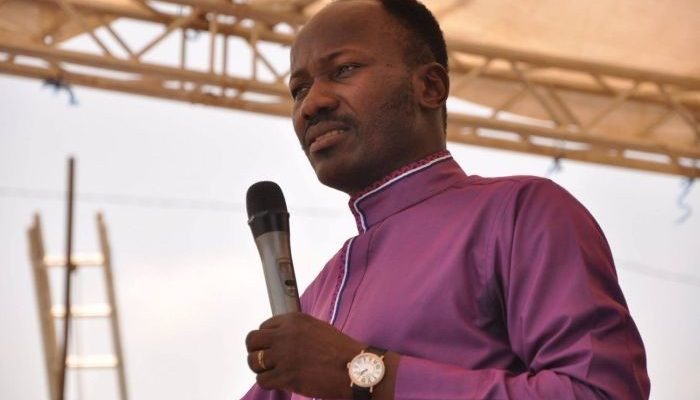 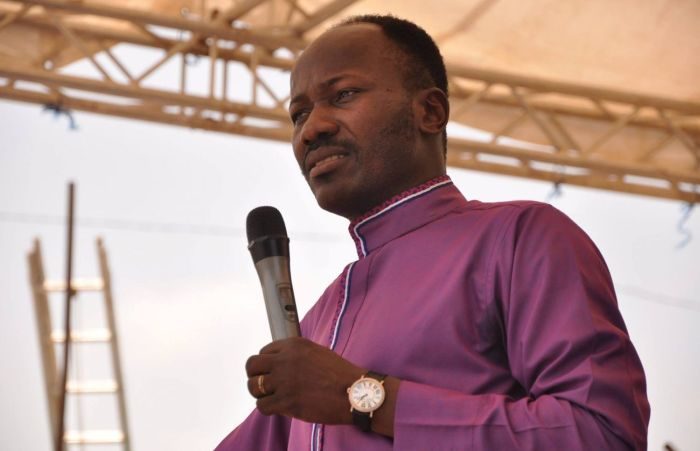 Apostle Suleman of Omega Fire Ministries has reacted to the disagreement between Aisha Buhari and the family of Mamman Daura.

Aisha Buhari and the Daura’s have been trading words with different accusations against each other.

This was after a video surfaced showing Aisha ranting because she was prevented access to an apartment at the Aso Villa.

The video was recorded by Mamman Daura’s daughter, Fatima Daura, who stated that she captured the scenario to prove she was violently attacked by Aisha.

Reacting to the video, Apostle Suleman wrote on his Twitter handle:-

I am praying for the president’s wife.just read an interview she granted and felt sad..I plead with @MBuhari to stand up for his wife and make her priority..all these cabals around him are there because of what they want..his wife is his constituency..power comes and goes. 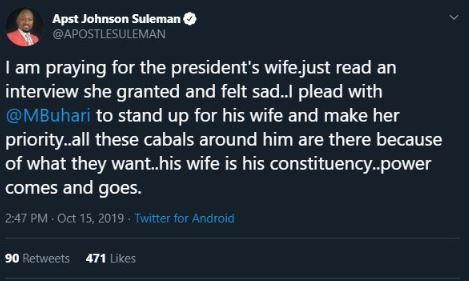 CHECK IT OUT:  Police Arrest 13 Nigerian Sex Workers In Ghana