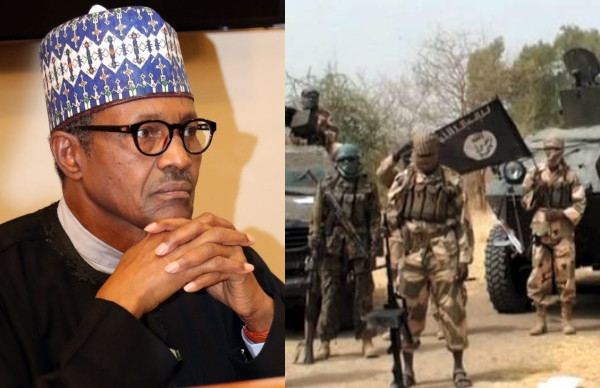 President Buhari has once again stated that Boko Haram has been “substantially defeated and degraded to the extent that they were only daring soft targets.

” The Nigerian leader who said this during the formal launch of the 2020 Armed Forces Remembrance Day Celebration Emblem and Appeal Fund, lauded the military over the normalcy which he has returned in some affected states across the nation.

The President promised to provide the necessary logistical support to ensure that the Armed Forces operate with the best modern warfare equipment while also pointing out that all hands must on deck to check the attacks launched by these soft targets against innocent Nigerians.

Insisting that the peace and security of Nigeria is not negotiable, Buhari stated that his administration will work towards developing alliances with neighbors and friends in the international community for the total defeat of the insurgents.

President Buhari urged security agencies to continue doing their work diligently and also appealed to service leaders to take urgent steps to settle the entitlements and the welfare packages designed for the dependants of those who lost their lives to the war against insurgency and other internal security operations.

“The unfortunate cost of the war against insurgency and other internal security operations is the loss of lives of some of our officers and men in the Armed Forces. These very sad occurrences create deep wounds to loved ones” he said.

CHECK IT OUT:  See What Klopp Said After Liverpool Got 3 Points Against Chelsea