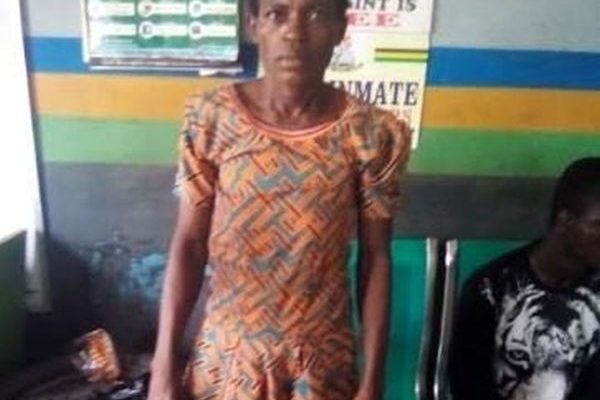 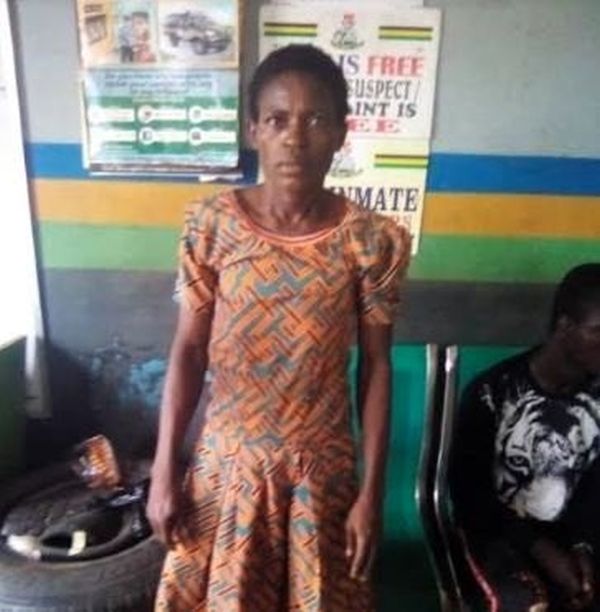 A 35-year-old woman has been arrested by the Ogun State Police Command. The woman whose name has been given as Monsurat Olusanya was arrested for burning her 4-year-old niece, Faith Ogundimu with a hot knife.

Monsurat was picked up at her residence in Tiluwalase community of Owode Ijako, Sango for the offence which stemmed from her niece pouring a pot of soup on the ground.

A member of the Community Development Association (CDA) had reported the assault at Sango Police Station, stating that the woman targeted the child’s stomach and lips while beating her.

Ogun State Police spokesperson, Abimbola Oyeyemi, confirming the arrest said; “He reported that the little girl was on the verge of being sent to an early grave if steps were not taken to save her from her wicked aunt.

“On the strength of the report, the DPO Sango Police Station CSP Godwin Idehai detailed his detectives to the scene where the wicked aunt was promptly arrested.

“She admitted being responsible for the injuries on the body of the victim but pleaded with the police to be lenient with her claiming that the devil pushed her to do it.

“The victim has been taken to hospital for medical treatment. The suspect who is a mother of three, is currently being detained at Sango Division while the parents of the victim have been contacted to come and take custody of their daughter.

“The Commissioner of Police Bashir Makama has directed that the suspect be charged to court as soon as investigation is concluded.

“He appealed to parents to be mindful of the people they give their children to because many of the so called guardians are in the habit of maltreating children who are not theirs.”

CHECK IT OUT:  2 Men ‘Killing People With Charms’ In Anambra Caught & Handcuffed (Photos) 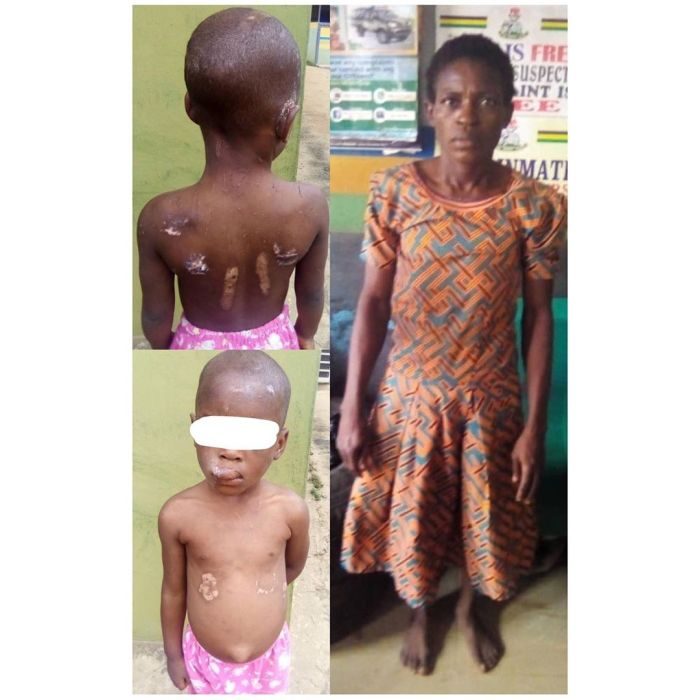