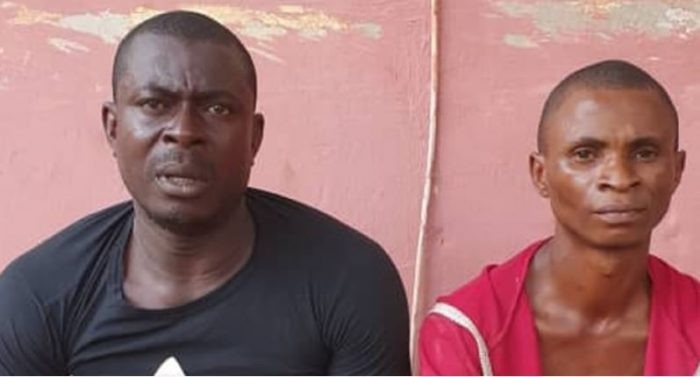 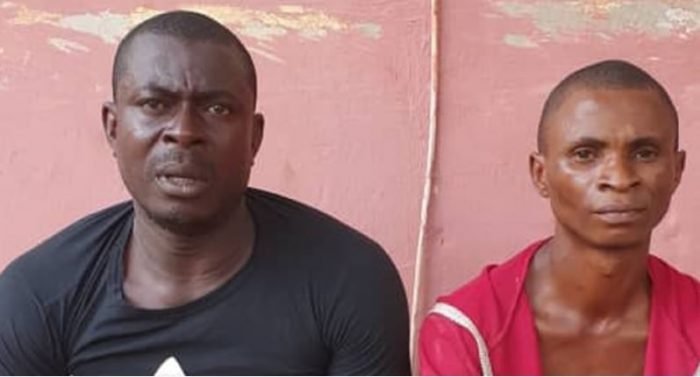 According to Punch Metro, the operatives of the Special Anti-Robbery Squad of the Imo State Police Command on Wednesday said they have arrested the suspected killers of a pastor, Austin Megwa.

Until his killing in August, Megwa was a pastor with Graceland Assembly Church, Okwuemeke, Owerri North Local Government Area of the state.

The Police Public Relations Officer in the state, Orlando Ikeokwu, confirmed the arrest of the suspects.

Ikeokwu said the suspects, Moses Ijeoma, 39; and Ikenna Etiti, 29, were arrested in an operation led by the SARS Commander, Godfrey Victor, in Oguta Local Government Area of the state.

He said the suspects were “dreaded kidnappers” who were recently released from Owerri correctional prison for allegedly taking part in another kidnap operation.

He said, “Moses Ijeoma, 39, aka Ogbuefi; and Ikenna Etiti, 29, both from Mgbala Agwa town in Oguta LGA, have been arrested for kidnap and murder of pastor Austin Megwa, of Graceland Assembly, Okwuemeke in Owerri North LGA of Imo State.

“On October 16, these notorious and deadly kidnap suspects were arrested at Mgbala Agwa in Oguta LGA of Imo State by operatives of Special Anti Robbery Squad following a tip in connection with the kidnap and murder of pastor Austin Megwa of Graceland Assembly Church on August 11, at Egbu road, Owerri.

“Suspects who were recently released from custody at the Owerri prison following their previous involvements in kidnap cases in the state, have made useful statements confessing to the crime and stating the roles they played in the kidnap and murder of the victim.

CHECK IT OUT:  Photos: Check out the Political heavyweights that attended Atiku and Ribadu’s children’s wedding

“During the operation which led to the subsequent arrest of the suspects, one of the suspects sustained gunshot injury on his right leg and was later taken to the Police Hospital where he was given treatment and discharged.

“Investigation is ongoing, as efforts have been intensified for the arrest of fleeing gang members.”

The Police spokesperson said the suspects would be prosecuted.