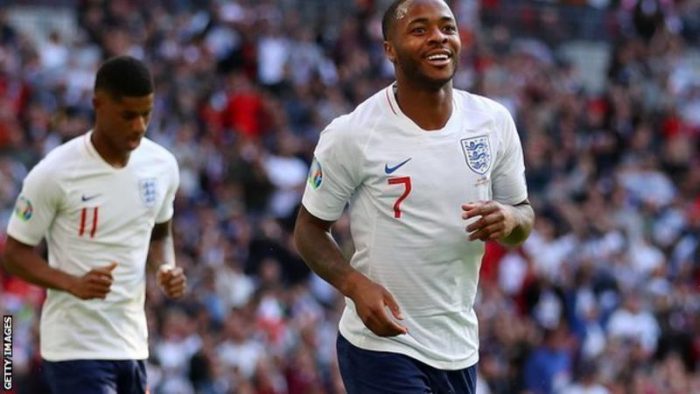 Manchester City and England forward Raheem Sterling has been named on a list of Britain’s most influential black footballers.

The annual Football Black List recognises the efforts of black figures working in various areas of the game.

Sterling has been a vocal opponent of racism in recent years, having been abused playing for club and country.

He is joined on the players’ list by Sadio Mane, Danny Rose, Eniola Aluko and Anita Asante.

The names in the seven categories are decided by a vote by representatives of the Premier League, Professional Footballers’ Association, League Managers’ Association, EFL and anti-racism group Kick It Out.

Leon Mann, co-founder of the Football Black List, said: “Raheem has made such a huge impact in the last year, on and off the pitch.

“His vital words and actions in confronting issues of racism and how the black community is treated cannot be downplayed.

“We are delighted to have another incredible list that will help to inspire the next generation of young black people. It’s particularly special this year that half of the list is female.”