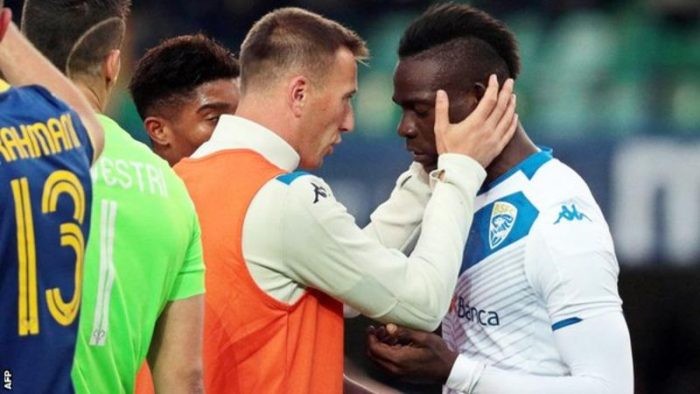 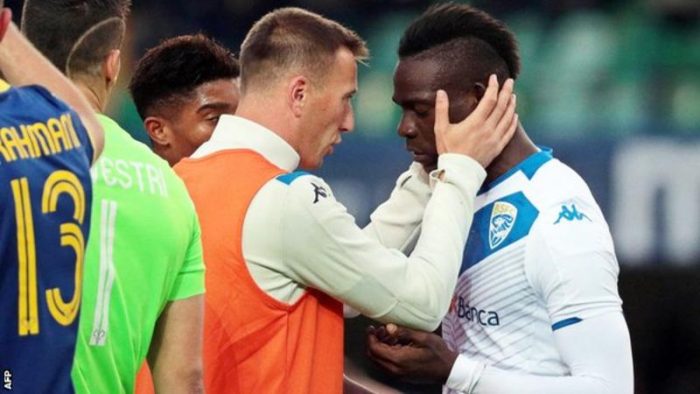 Brescia striker Mario Balotelli has criticised the “small-minded” fans who shouted racist abuse at him on Sunday.

Balotelli, 29, kicked the ball into the crowd and threatened to walk off the pitch following abuse during Brescia’s 2-1 away loss against Hellas Verona.

“This has nothing to do with football,” said the Italian, who played for Manchester City and Liverpool.

“You are getting into social and historical situations that are bigger than you, you small-minded people.”

Balotelli posted a message on Instagram in response to Luca Castellini, the head of the Verona ultras, who had said

“Balotelli is Italian because he has Italian citizenship, but he can never be completely Italian.”

Castellini added they had recently signed a black player “and the whole of Verona applauded him”.

Balotelli, who has played 36 times for Italy and helped them reach the final of the 2012 European Championships, added: “Wake up you imbeciles, you are shambolic.

“When Mario scored a goal for Italy, and – I guarantee you – I will do so again, you are fine with that, aren’t you?”

CHECK IT OUT:  ‘Salah One Of The Best Players In The World’- Arsene Wenger