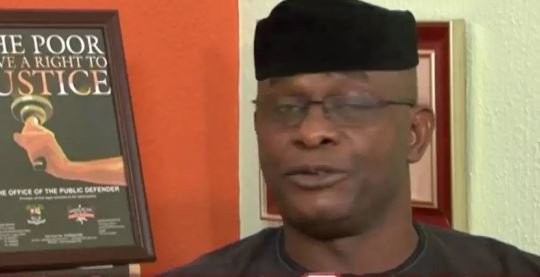 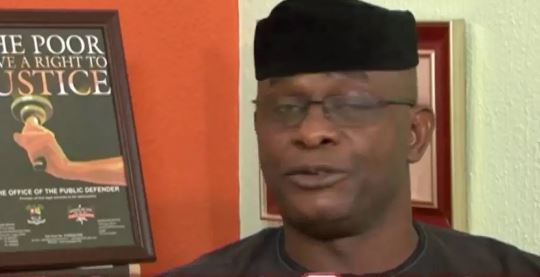 A federal Lawmaker and Chairman House of Representatives Committee on Federal Road Maintenance Agency(FERMA), Hon Femi Bamisile, has appealed to the federal government to release a sum to f N12 billion to the agency to put Nigeria’s roads back to good shape in this Yuletide.

The All Progressives Congress lawmaker, representing Ekiti South Federal constituency II, also urged the Minister of Works, Mr Babatunde Fashola to try and have a full grasp of the happenings on Nigerian roads , rather than saying the complaints over deplorable road situations, were mere media hype.

Bamisile said the comment showed that the Minister had not been plying major roads in Nigeria , to be able to have a first hand information about the decrepit statuses of the federal roads.

Bamisile spoke in Erio -Ekiti on Friday while inspecting a collapsed bridge along Aramoko-Erio-Efon highway.

He expressed displeasure at the situation on that portion of the federal road, saying the FG must do something urgently to avert carnage in that area.

Bamisile praised governor Kayode Fayemi for releasing the sum of N19 million to contractor to carry out palliative assignment on the collapsed portion.

“But temporary measure can’t work on this collapsed portion. We need to divert the road and do a thorough job here, because this road was built on old small culvert.

“Government must direct Dangote company to remove all the accidented trucks inside ditches along the road, they are constituting serious problem on our highways.

“It is quite unfortunate that our federal roads are like this and if you look well, this road is gradually cutting off. Three quarters of the road had receded and it is unacceptable.

CHECK IT OUT:  SO SAD!!! 300 Level AAU Student Drown During Thier Visit To Olumo Beach River (Video)

“We have just completed the process of budgeting and FERMA got the sum of N29 billion in the 2019 appropriation bill, this is too small to carry out major works on our roads, they are in bad shapes. The National Assembly has made a good case that it would not be enough.

“The Committees in charge of FERMA in the House of Representatives and the Senate had requested an emergency fund of N12 billion to be released as a matter of urgency for this Yuletide for the sake of our people and country.

“As a minimum, a sum of N2b for each geopolitical zone to FERMA will go a long way in helping us carry out major repairs on our bad roads.

“The situations of our federal roads are bad and pathetic and our people don’t deserve this. The federal government must allow the states to attend to them to rescue our people and save them from pains”.

Bamisile disagreed with Fashola’s averment that the pathetic states of the country’s roads , were exaggerated.

“I don’t know where the Minister got that information from. Our roads are bad and in sorry states and nothing more to describe it.

“Just take a look at this collapsed portion, it can contain a whole house if dropped inside.

“I want to believe that whoever says people’s complaints about our roads are are mere hype must either downplaying the situation or maybe the person doesn’t ply our roads at all.

“I saw a documentary about federal roads in Anambra state recently. In fact, I saw a road that had totally cut off. The Minister must accept the reality that our roads need serious attention”, he said.