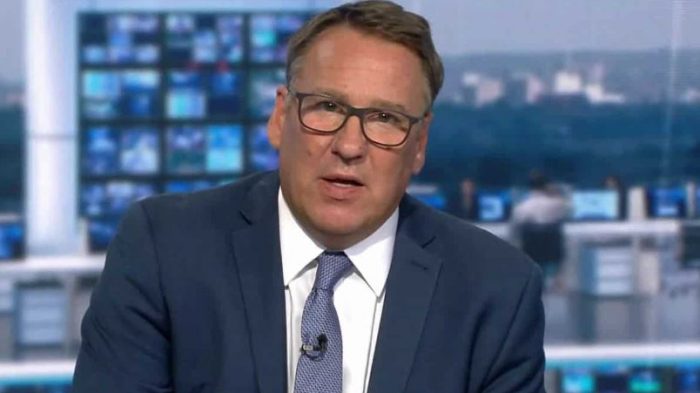 Unbeaten Liverpool play host to Pep Guardiola’s men, who have won five of their last six matches in all competitions.

Jurgen Klopp’s side are unbeaten in the league this season and go into the match six points clear of rivals City after 11 games played.

But Merson has now explained why, for him, Liverpool are favourites to beat City on Sunday at Anfield.

“Liverpool and Manchester City were both on the floor against Aston Villa and Southampton but yet again they found the answer,” Merson told Sky Sports.

“Both clubs are relentless in their pursuit of the title but I don’t see a way back for City if Liverpool win on Super Sunday.

“Liverpool will move nine points clear with a win at Anfield and, as we saw at Villa Park, they simply don’t know how to lose, so I just don’t know where they would lose three matches to let City back in.”

“Sunday’s game could be a straight shootout, and whoever misses first will lose the game.

“If it’s end-to-end, there’s only one winner in my opinion and that’s Liverpool, their front three will have too much for City’s current back four.

“Pep Guardiola is undoubtedly a great manager, but these are the kind of games where we really see what he’s made of.

“Opening up the game could be fatal, as Liverpool have proved in the past, so he may have to alter his principles slightly, sit back, contain Liverpool.

“City don’t have to win the match, it will be game on in the title race if they remain six points behind, but they cannot afford to lose.”

CHECK IT OUT:  Teni Celebrates As Drake Follows Her Sister, Niniola On Instagram (Read What She Wrote)