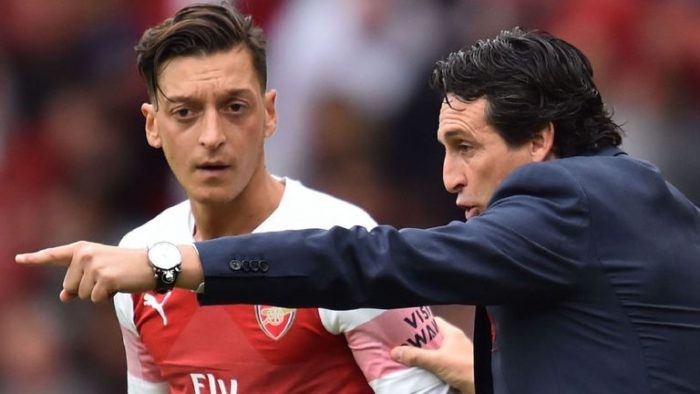 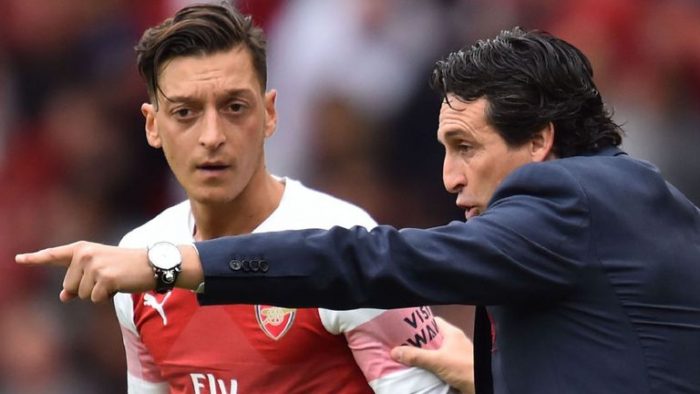 Arsenal boss, Unai Emery has hinted that playmaker, Mesut Ozil could play a key role in the Gunners’ Premier League clash against Leicester City at King Power Stadium on Saturday.

According to Emery, the ex-Germany international has been consistent in Arsenal training this term.

Ozil made his first start for Arsenal since September in the 1-1 draw with Wolves last weekend, but Emery believes the former Real Madrid star has been helping the team positively.

Speaking in his pre-match press conference on Friday, Emery was quoted by Football London as telling reporters:

“He [Ozil] is training well and I think he is now being consistent in training, he is also helping and positive.

“I am thinking he has a possibility to play tomorrow against Leicester.”

CHECK IT OUT:  So Heartbreaking! Husband And Wife Die After Allegedly Eating Poisoned Wedding Food In Abia