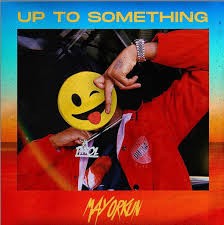 Posted By Udokabestluv On November 9th, 2019

This Mayorkun Up to Something Instrumental is a very melodious tune and had great impart on the song. Download the beat here!

Mayorkun has been good in his music this year, he’s been featured on Lil Kesh “Nkan Be” song and also he dropped a song with Kizz Daniel earlier this year. The “Up to something” is his latest jam and all fans have been vibing to it.

The whole DMW artistes have been on the move making music and delivering to fans home and abroad. Davido has a special move as he moves from one song to the other getting featured on most songs.

Stream and Download the Mayorkun Up to Something Beat: