Judges, Lawyers Run For Their Lives As Gunshots Cause Robbery Scare Inside Court In Imo - NaijaCover.Com
Skip to content 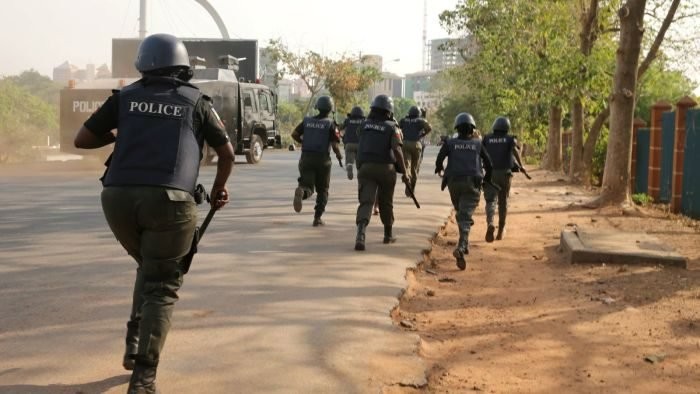 According to a report by Punch Metro, court proceedings at Umuelemai, the headquarters of Isiala Mbano Local Government Area of Imo State was on Friday disrupted as gunshots rent the air.

An eyewitness said that the court registrar, presiding judges, lawyers and others at the court scampered for safety.

It was believed that gunmen were attacking nearby commercial banks.

However, the police have said that its men were responsible for the gunshots.

The Police spokesperson, Orlando Ikeokwu, on Saturday told our correspondent, that the police responded to an intelligence report that some men were allegedly laying siege to a bank in the area to rob it.

The police spokesperson said “Gunmen didn’t disrupt any court proceeding in Isiala Mbano. What happened was that the police got intelligence that three hefty men in a car parked near a bank in Umuelemai were lying a siege, waiting to rob the commercial bank.

“Policemen responded, condoned off the area and arrested the men. It was in the process that people who were in a court near the scene ran away, apparently thinking that gunmen were attacking the bank.”

He explained that the three men were later released by the police after investigation exonerated them.

The post Judges, Lawyers Run For Their Lives As Gunshots Cause Robbery Scare Inside Court In Imo appeared first on Naijaloaded | Nigeria’s Most Visited Music & Entertainment Website.

CHECK IT OUT:  BADDEST!! Yahoo-Yahoo Is Not A Crime – Naira Marley