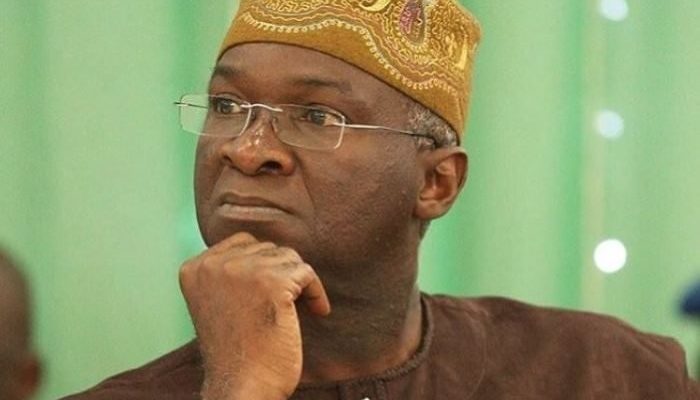 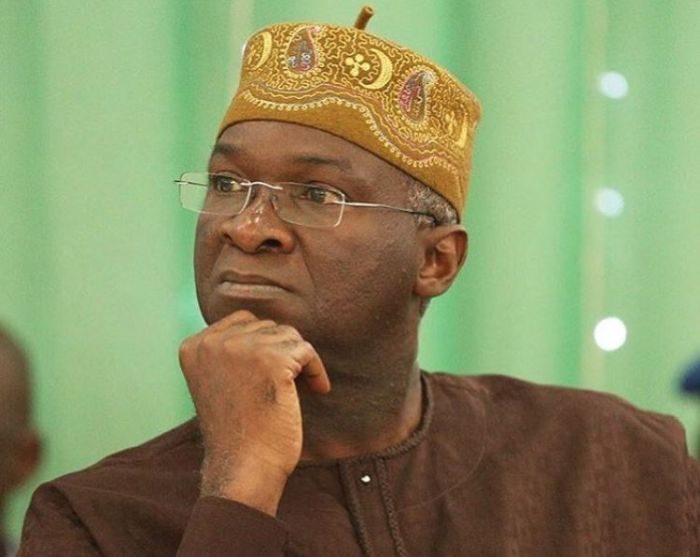 The Peoples Democratic Party (PDP) charges the Minister of Works and Housing, Babatunde Fashola, to resign immediately and apologize to Nigerians over his ”unpardonable comment” that the terrible state of roads in the nation is being exaggerated.

Fashola at a press conference on Wednesday November 7th, said Nigerian roads are not as bad as Nigerians portray them to be. Read here.

In a statement released by its spokesperson, Kola Ologbondiyan, PDP described Fashola’s comment as unfortunate, ”especially coming from the Minister of Works, who ought to be apologetic for the decrepit state of roads across the country since the last four years he has been minister. ”

The party described the Minister’s comment as a ”violent assault on the sensibility of over 200 million Nigerians and further demonstrates the disdain with which the Buhari administration holds our citizens who lost their lives and many more who daily undergo mental and physical torture using our dilapidated roads”.

The statement added that every Nigerian knows that most of the roads across the country are in a sorry state.

The PDP holds that the minister’s comment must be premeditated and reflects the official position of the Muhammadu Buhari-led All Progressives Congress (APC) administration, which has no regard for Nigerians and only thrives in propaganda and false claims to cover its failures in governance.

Every Nigerian knows that most of the major roads across the country are in sorry state and that travelling on our roads has become traumatizing and one of the highest life threatening experiences in our country since the last four years.

CHECK IT OUT:  ‘Over N6B Disbursed To Vendors For School Feeding In Taraba’ – Federal Government Reveals

The comment by the failed minister of works is therefore highly provocative and capable of invoking the anger of Nigerians, because it shows that either he has not been going through our roads and as such not in touch with reality or he has exposed himself as falsehearted official.

Our party is however not surprised at such comment from the minister because the Buhari administration, in which he serves, thrives only in propaganda, blame game, excuses and false performance claims because it has nothing to offer.

The minister’s reprehensible claim is therefore a clear pointer that Nigerians should not expect any intervention on roads under the Buhari administration.

This is the same minister who boasted that any responsible government should fix power within six months, only for the Buhari administration, with him as minister supervising power, to turn around and wrecked the gains achieved by previous administrations.

The PDP invites Nigerians to note that such leadership failures characterized by reckless statements is always characteristic of governments that did not derive from the mandate of the people at the polls and therefore believe that it is not answerable to them.