MUST READ! Jose Mourinho Reveals Why Liverpool May NOT Win The Premier League This Season - NaijaCover.Com
Skip to content 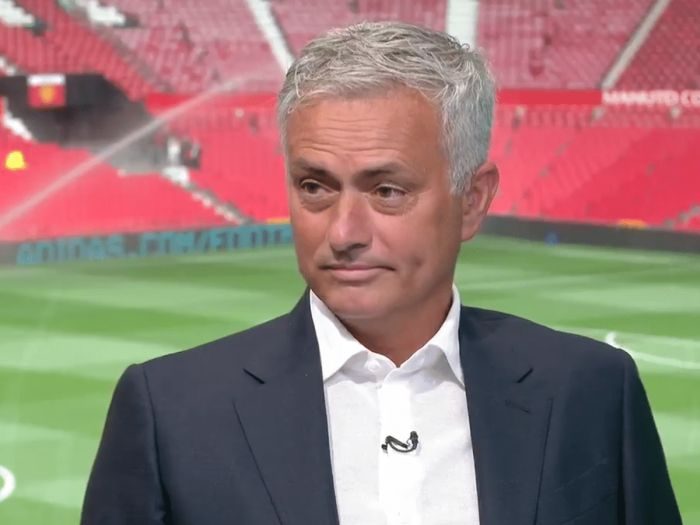 Former Manchester United manager, Jose Mourinho, has said Liverpool are as good as Premier League champions, except they suffer injury issues in the course of the season.

The Reds opened an eight-point lead at the top of the table, with a 3-1 win over Manchester City on Sunday.

Fabinho, Mohammed Salah and Sadio Mane all netted for Jurgen Klopp’s side, before Bernardo Silva grabbed a late consolation.

“From my position I think it’s done unless something, something dramatic happens in terms of an injury situation that breaks the team.

“I think this Liverpool team… it’s adapted to the quality of the players and the puzzle is complete.

“City are capable of winning seven, eight, nine in a row but I can’t see how Liverpool can lose this advantage,” Mourinho told Sky Sports.

The post MUST READ! Jose Mourinho Reveals Why Liverpool May NOT Win The Premier League This Season appeared first on Naijaloaded | Nigeria’s Most Visited Music & Entertainment Website.

CHECK IT OUT:  ‘He Who Laughs Last, Laughs Best,’ Atiku Tells Buhari’s Presidency