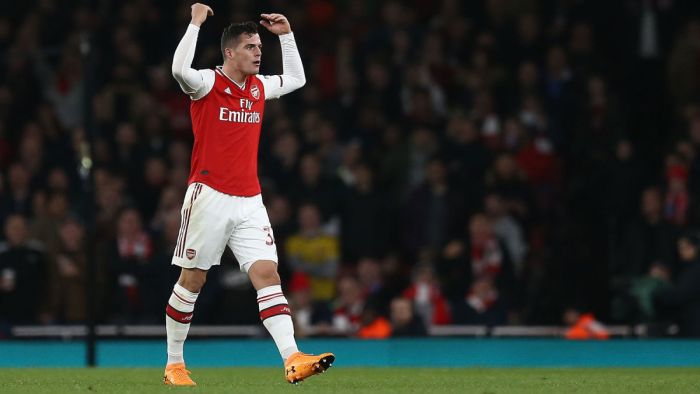 The 27-year-old Switzerland international was stripped of the captaincy following an altercation with fans against Crystal Palace and has not featured for the first team since.

“I think we have to remind ourselves that he’s achieved a lot since he’s at Arsenal and he deserves a lot of respect.

“When you’re a player and don’t perform the way you expect, you get frustrated about yourself. And sometimes you say things or do things you regret.

“I find it really difficult a lot of ex-footballers have jumped on him and being really negative towards him – it’s too too easy.

CHECK IT OUT:  Davido Celebrates Mayorkun After ‘Sold Out’ Indigo 02 Arena Concert