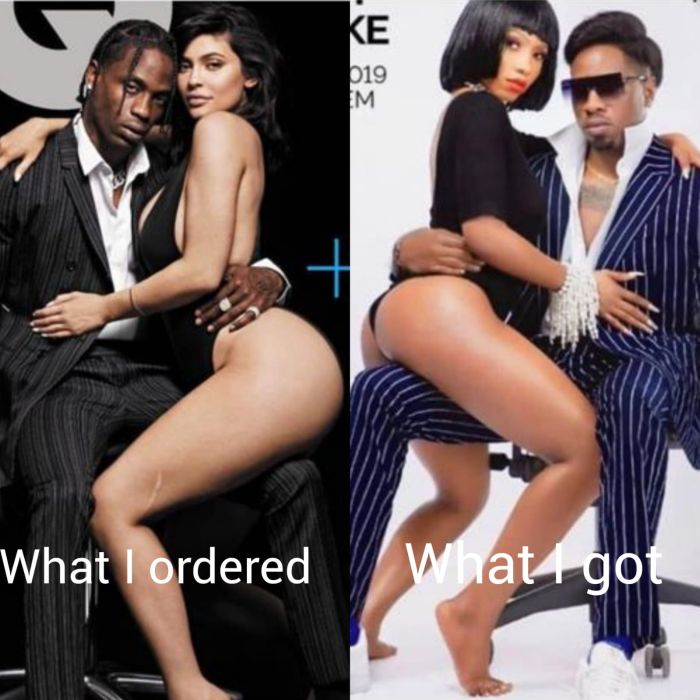 Reactions are still trailing the viral picture of Mercy and Ike which they took for the cover of Media Room Hub magazine.

While some Nigerians have slammed the couple for plagiarism, others bashed Mercy for exposing her bum unnecessarily.

Funny memes have also surfaced the internet, mocking the duo. Comparing the picture with that of Kylie and Travis, they tagged it the Aba version of Kylie’s pose.

Reacting to the same picture, another lady identified as Ife Dolapo has taken to Twitter to slam Ike, noting that his sexiness died the moment he left Big Brother’s house.

She said the reality star is now looking more like ‘Onitsha Karl Lagerfield’.

CHECK IT OUT:  How I Lost Two Of My Teeth To A Goat – Actress Explains