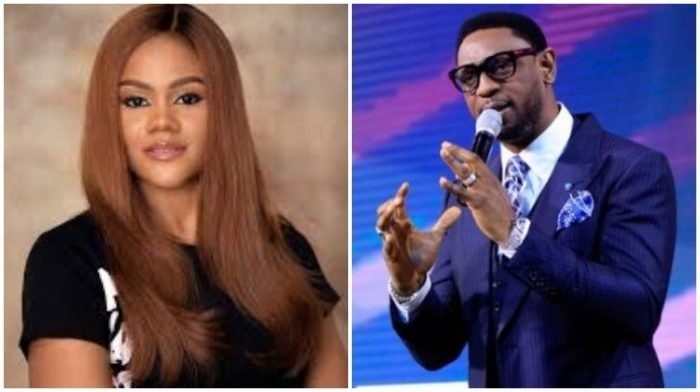 OAP Dotun has slammed his Cool FM colleague, Daddy Freeze over his comment on Busola Dakolo losing her rape case against Pastor Biodun Fatoyinbo and being fined N1m as damages.

We reported earlier that Daddy Freeze who shared his thoughts on the rape saga via a live video, told women not to go public with their rape allegation if they don’t have a good story. He stated that he has 3 sons and don’t want them in jail because a woman has a story.

He insisted that if one doesn’t have what it takes to nail an offender properly, they should “shut up” as it all amounts to “audio doings”.

However reacting to his colleague’s comment, OAP Dotun stated that his emotional outburst about the rape saga says more than the actual issue.

He added that getting substantial evidence for something that happened a long time ago is quite difficult, but that doesn’t mean one can’t say his or her truth. 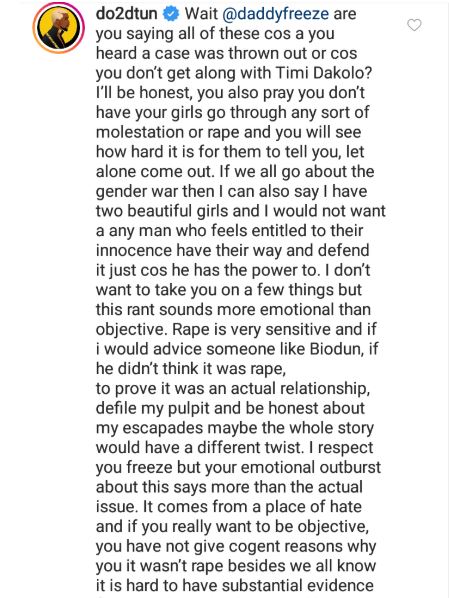 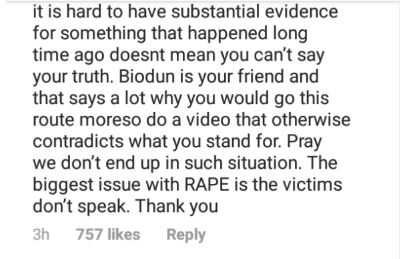