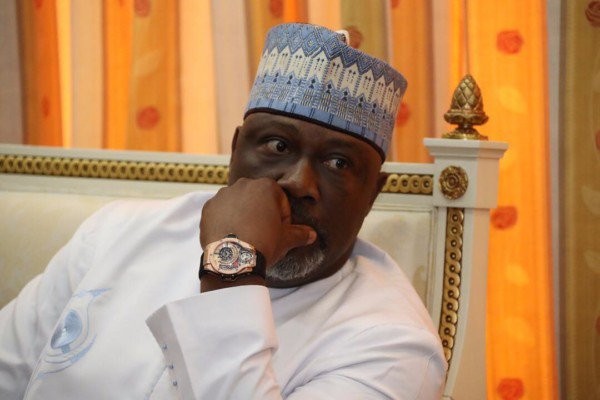 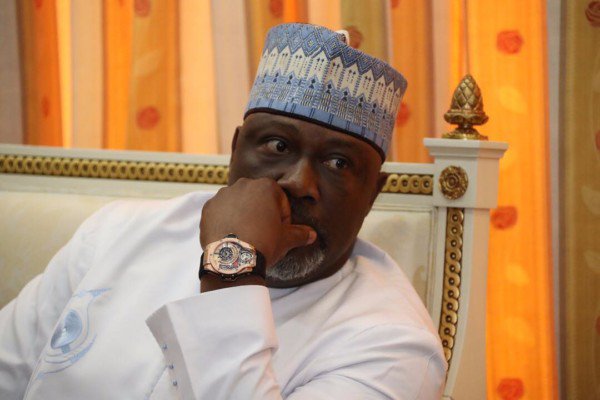 Senator Dino Melaye has announced the death of his nephew, Olorunjuwon, who was shot by unknown gunmen at his polling unit during the Saturday’s election.

Melaye and Senator Smart Adeyemi are engaged in a fresh battle of who emerges the Kogi West senatorial district representative.

The Kogi West senatorial district election was held alongside the governorship election in the State yesterday. The winner is yet to be announced.

Melaye came out on Sunday morning to announce the death of Olorunjuwon after sustaining gunshot wounds at his polling unit on Saturday.

“My nephew Olorunjuwon who was shot at my pooling unit yesterday died this morning.

“My brother your death is a Supreme sacrifice in the struggle for the liberation of our people. Rest in peace aburo… So sad.” 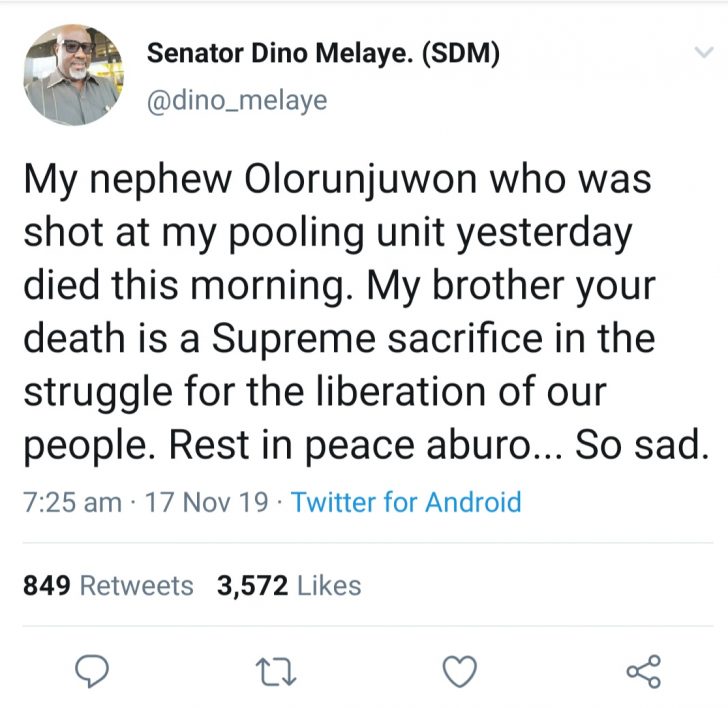 CHECK IT OUT:  Mechanic Crashes A Client’s Car While Taking It For A Spin In Calabar (Watch Video)