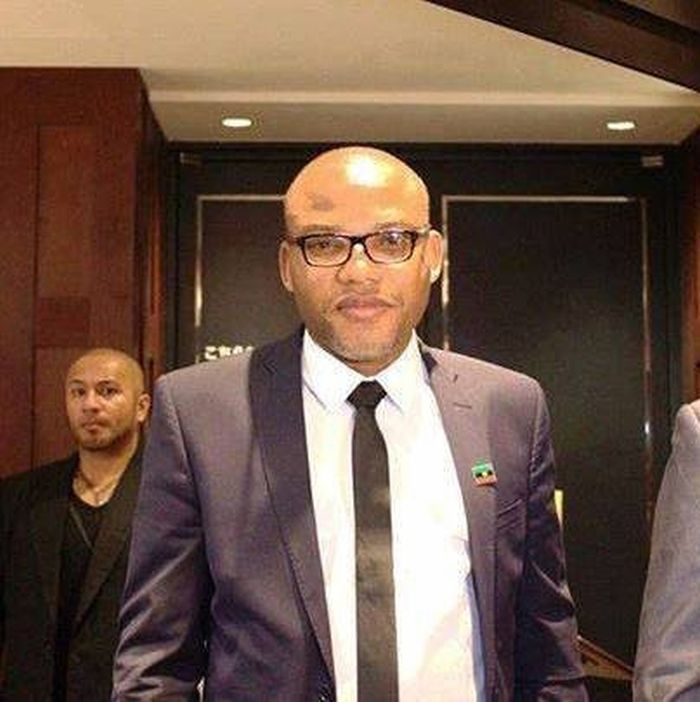 The Leader of the Indigenous People of Biafra, IPOB, Nnamdi Kanu has alleged that a combined team of police and military invaded his lawyer, Barrister Ifeanyi Ejiofor’s residence in Oraifite, Anambra State.

Kanu, who claimed that the combined team invaded Ejiofor’s residence in the early hours of Monday alleged that two people were killed while several others were injured.

In a statement he personally signed, the IPOB leader warned that those behind the attack would pay dearly for it.

“Confirmed reports indicate that a combined team of Nigeria police and military assassination squad invaded the home of my lawyer Barrister Ifeanyi Ejiofor in Oraifite Anambra State this morning, December 2 in a bid to kill him and his family. Sadly three innocent Biafrans were killed by this invading Fulani force at his residence.

“This comes on the heels of yet another killing of two IPOB family members who were peacefully gathered in Arondizuogu yesterday 1 December.

“Their bodies are still in the morgue. Fulani caliphate police and army must know that the time is fast approaching when British diplomatic clout and protection may not be enough to shield them from the consequences of their daily crimes against innocent Biafrans.

“Attacking the home of my lawyer is a step too far and the only effect it will have is to hasten the disintegration of Nigeria.

“There is a United Nations Mission, US Embassy, British High Commission and other highbrow foreign diplomatic presence in Nigeria who should take note of this ugly development and convey the same to their home countries.

“It is their responsibility to ensure this wanton brutality, lawlessness and anarchy being engineered by the Fulani caliphate led by Abba Kyari’s government against the people of Biafra is duly noted for what it is, an act of war.

“Those responsible for this deadly assault know they will pay dearly for it, they know, it’s only a matter of time.”

CHECK IT OUT:  Family of three killed by thunder strike in Benue