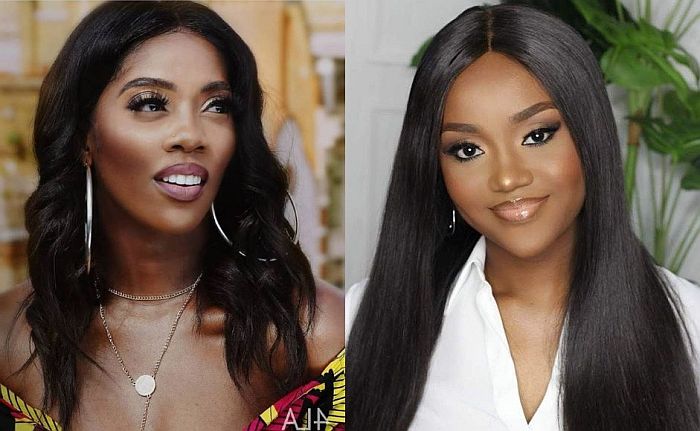 Universal Music Group signee, Tiwa Savage took to her Instagram page to share a video of the beautiful couple, Davido and Chioma dancing to her newly released song, ‘Attention’.

The new parents are currently in Barbados for the singer’s 30BG concert.

In the video, Chioma could seen dancing while her man rocked her from behind.

At some point, Davido, who is also singing along to the catchy tune, tries to bend his wife-to-be over as he touches her hair.

Savage posted the video with the words:-