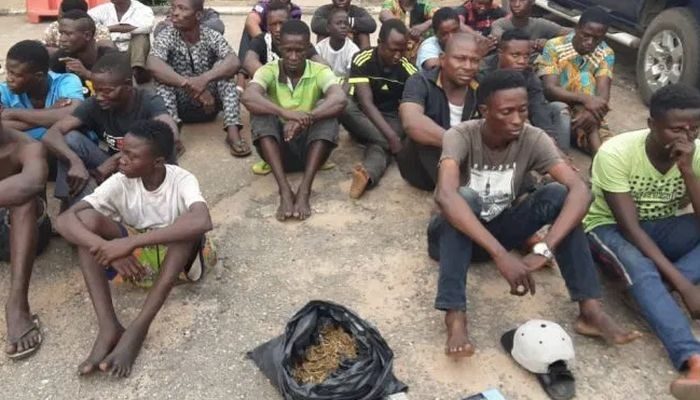 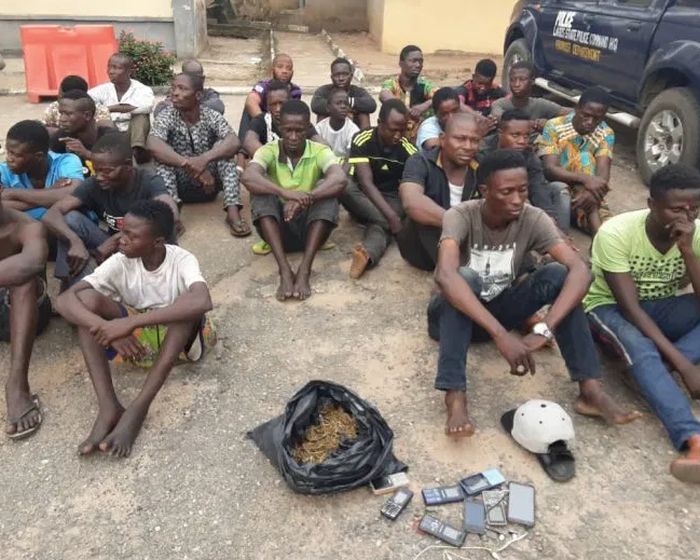 Officers of the Lagos State Police Command have arrested 24 members of an alleged dreaded cult group known as ‘Awawa Boys.’

A statement issued by the Police Public Relations Officer, PPRO, Bala Elkana on Sunday, December 8th said the arrest took place on Thursday at about 11am.

He said the Special Strike Force established by CP Hakeem Odumosu to tackle the menace of cultism, gangsterism, traffic robbery, street violence and other social vices in Lagos State made the arrest at Mosafejo, Oshodi.

“They are mostly members of Awawa boys and Eiye confraternity. They are responsible for series of traffic robberies and violent crimes within Oshodi and environs. The suspects will be charged to Court,”