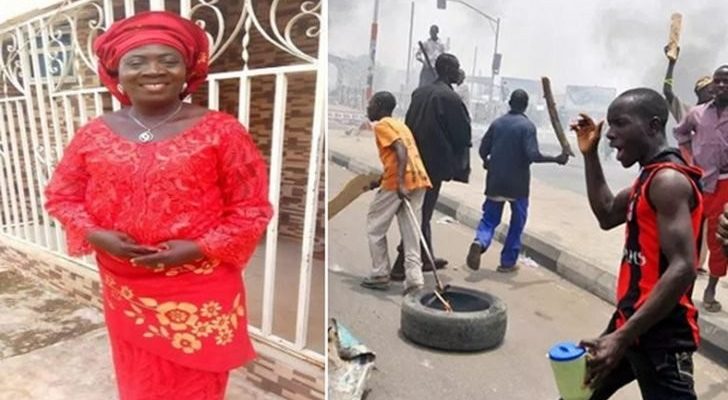 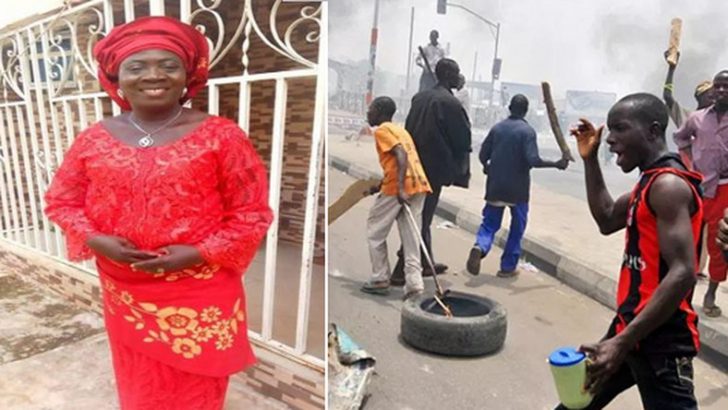 According to a report by Sun News, the man, Ocholli Edicha, suspected to be the gang leader of those who led some political thugs to burn Mrs Salome Achejuigu, the PDP women leader to death has confessed that they carried out the dastardly act because he had been nursing a grudge against the woman before the Nov 16th governorship election.

Ocholli who spoke with newsmen shortly after been paraded on Wednesday confessed that he was an All progressive Congress thug who mobilized some other thugs from Ejule in ofu local government area to set the house on fire and reigned mayhem shortly after the election.

It will be recalled that the victim, Mrs Salome Abuh, the Women Leader of Wada Aro Campaign Council, Ochadamu Ward, was said to have been burnt alive in her personal residence when she was resting after treatment from an injury on election day

While reacting to the banal act, the spokesman, Wada/Aro Campaign Council, Faruk Adejoh-Audu had claimed the thugs, shooting sporadically, arrived Hon (Mrs) Abuh’s house at about 2pm on the fateful day and surrounded the house, bolting every exit and escape from outside.

“They then poured petrol on the building and set it ablaze as other terrorized villagers watched from hiding. She reportedly attempted to escape through a window but was prevented by the metal burglary proof and gun shots with bullets raining in her direction.

“The blood thirsty thugs waited, shooting and watching with relish while Mrs Abuh cried from inside the inferno until her voice died out.
they reportedly left only when the entire house and Mrs Abuh had been burnt to ashes” he was quoted to have said

CHECK IT OUT:  If Your Body Count Is Over 10, We Can Never Have Sex – Teni (Watch Video)

But the police commissioner, Hakeem Busari while parading the suspect with five others said the whole crisis erupted when there was a misunderstanding between one Gowon Simon and one Awolu Zekeri which led to the death of the later.

He said the death of Zekeri led to the mobilization of some angry youths in the town who moved to the house of one Simon Abu who is an uncle to the suspect where the 60 years woman was burnt to death.

The CP who said other suspects are on the run however said as soon as investigation is completed, the suspects will be arraigned in court.

He gave the names of other suspects who claimed they were only arrested differently as armed robbers and not killers of Mrs Abuh as Adamu Haruna, Onu Egbunu, Musa Alido, Attai Haruna and Attah Eje.