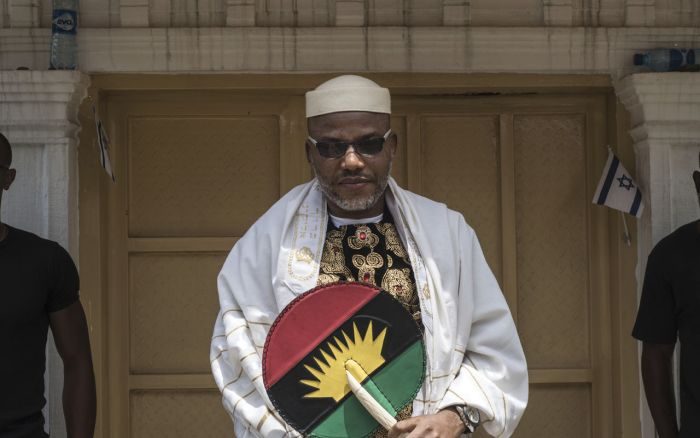 Leader of the Indigenous People of Biafra (IPOB), Mazi Nnamdi Kanu, has threatened to expose corrupt leaders in the north.

Kanu, in a broadcast on Radio Biafra, claimed he would come forward with concrete, verifiable evidence if any further action is taken against the Chairman of Air Peace Airline, Chief Allen Onyema.

According to him, it was a show of hypocrisy, for people from the South East and South-South to be slammed with corruption allegations, as if all the leaders in the north were saints.

“I said I am waiting for them to do something to Allen Onyema, then we will remind the world the number of corrupt people you have in the north and in Yoruba land and then everybody will be investigated.

“And you know IPOB, once we start, we don’t stop until something comes out of it.

“You think that the reputation of Nigeria is bad. We will make it worse. Let them try it,” Kanu said.

The post Allen Onyema: Nnamdi Kanu Reveals What He Will Do To Northern Leaders appeared first on Naijaloaded | Nigeria’s Most Visited Music & Entertainment Website.

CHECK IT OUT:  40-Year-Old Man Arrested After Secretly Sleeping With His Neighbours Two Daughters