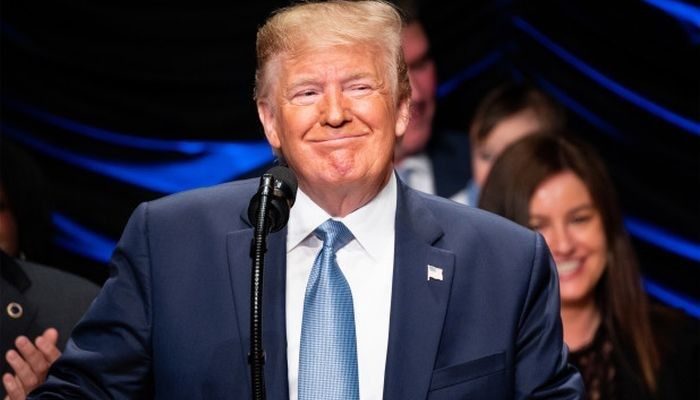 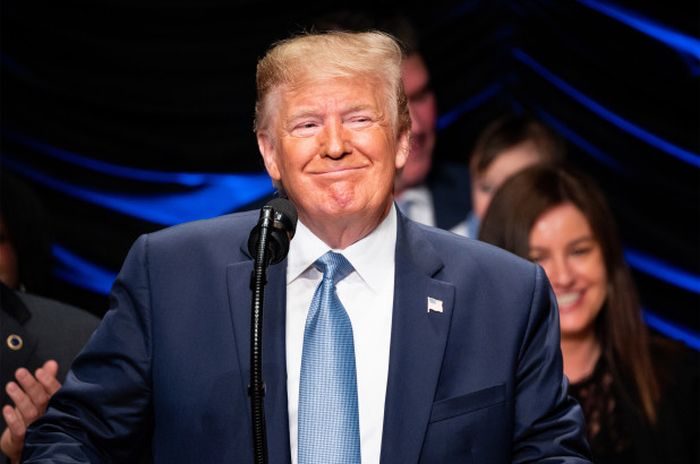 President Donald Trump has blasted the Democrats over his impeachment.

Trump was formally impeached by the House of Representatives, for abuse of power and obstruction of Congress.

The vote followed weeks of testimonies related to his dealings with Ukraine. 230 to 197 votes in the Democratic-majority House saw to the impeachment of the US president.

Trump now becomes the third president in US history to be impeached.

He will, however, remain in office until he is tried and convicted by the senate.

He was impeached while on stage at a “Merry Christmas” rally in Michigan.

Speaking, Trump described the impeachment as a shame to democracy, claiming that the Democrats have “branded themselves with an eternal mark of shame.”

According to him, the Democrats have declared war on American democracy with his impeachment.

“In reality, they are not after me but after you. I’m just in the way

“You are declaring war on American democracy. You are the one interfering. We did nothing wrong; this is just an excuse.

“You are the one obstructing justice. With today’s illegal unconstitutional and partisan impeachment, the do-nothing Democrats are declaring their deep hatred and disdain for the American voters.

“Have you seen my polls?” Trump said.

“After three years of sinister witch hunts, hoaxes, scams, the House Democrats are trying to nullify the ballots of tens of millions of patriotic Americans,” he said.

President Trump further called on his supporters to “vote the house speaker, Pelosi out of office.

CHECK IT OUT:  ‘I Dreamt I Was Pregnant’ – Bobrisky Says As He Narrates His Dream

“Americans will show up by the tens of millions next year to vote Pelosi the hell out of office,” Trump added.