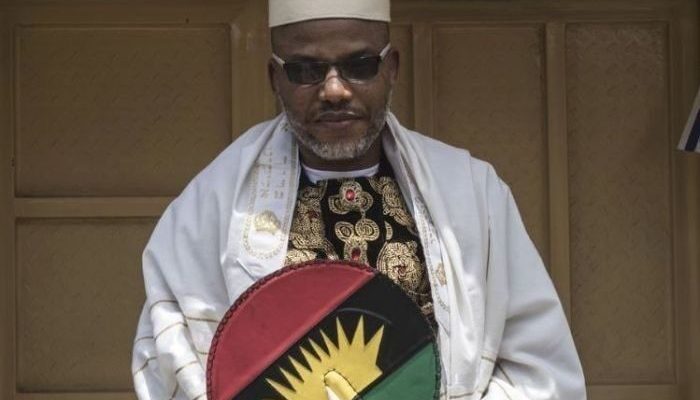 The Governor of Ebony State, David Umahi says the leader of the Indigenous People of Biafra IPOB, Nnamdi Kanu is a deceiver.

According to the Governor, Nnamdi Kanu is using his Biafra cause to defraud gullible Igbo people.

He said, “Our people are being deceived to spend huge among of money to finance what they know nothing about while Nnamdi Kanu spend it on his personal issues.”

He said Kanu has resorted to using cheap lies and blackmails against his government on social media to gain the empathy from some Igbos, asking the public to disregard such information.

The Governor said he had to respond to the IPOB leader so as to let the public know his new antics, and be wary of him.

He said IPOB is acting like a dying horse, having now realised that their fraudulent activities in the name of IPOB have been exposed and that Kanu is being used to destabilise Ndigbo by deceiving people into believing that he can give them Biafra.”