‘I Am Not Jealous Of Man City & Liverpool’- Jose Mourinho - NaijaCover.Com
Skip to content 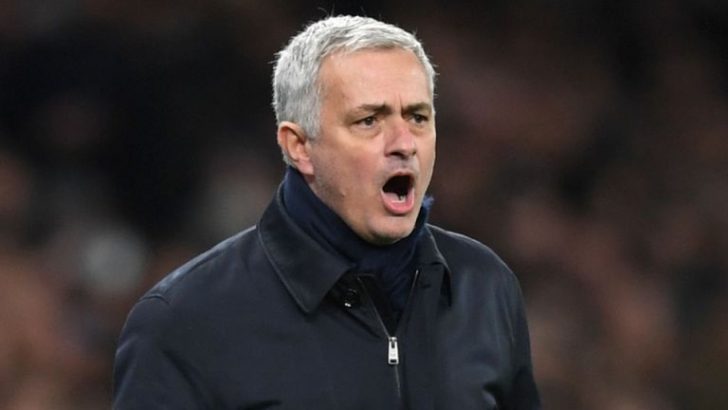 Jose Mourinho says he is not jealous of the Manchester City or Liverpool squads and drew similarities between his time at Porto with his role at Tottenham.

Injuries to key players at Spurs has left Mourinho short of options with Christian Eriksen, who was jeered off by sections of the Spurs’ support during their defeat to Liverpool, linked with a move to Inter Milan.

Mourinho has been a dealt a harsh hand with long-term injuries to Harry Kane, Hugo Lloris, Ben Davies and Moussa Sissoko, while record-signing Tanguy Ndombele has often had niggles.

Mourinho is accepting of the situation and knows Spurs have a different profile.

“Come on, it is what it is,” he said. “We cannot have a squad like some other teams. It’s not us.

“Yesterday, I was watching Man City and I looked to the bench – (Raheem) Sterling, Bernardo Silva, (Ilkay) Gundogan, (Nicolas) Otamendi. You know?

“Liverpool, you see the team, you see the bench. And they have injured (Joel) Matip, (Dejan) Lovren, (Naby) Keita, Fabinho.

“I’m not jealous, I have an amazing job, but they are different jobs. This is a different club.”

The post ‘I Am Not Jealous Of Man City & Liverpool’- Jose Mourinho appeared first on Naijaloaded | Nigeria’s Most Visited Music & Entertainment Website.

CHECK IT OUT:  ‘Old mama’ – Fans tease Juliet Ibrahim as she rocks her natural grey hair in new photo